Fortuna Dusseldorf meet away side Heidenheim at Merkur Spiel-Arena in this Bundesliga 2 tie on Friday.

Fortuna Dusseldorf will be hoping to bounce back here following the 1-0 Bundesliga 2 defeat in their last game at the hands of Dynamo Dresden.

Ahead of this meeting, Fortuna Dusseldorf haven't been defeated in their previous 2 home league matches.

Heidenheim will go into this game following on from a 2-1 Bundesliga 2 win with the defeat of Holstein Kiel in their previous outing.

The numbers tell their own story, and Heidenheim have been scored against in 5 of their last 6 games, conceding 14 goals overall. Defensively, Heidenheim could really do with shoring things up.

Inspecting their prior head to head clashes stretching back to 17/09/2016 shows us that Fortuna Dusseldorf have won 1 of them and Heidenheim 3, with the number of drawn games being 2.

A total of 16 goals were shared by the two clubs during those clashes, with 6 for Fortuna and 10 created by Heidenheim. This gives an average number of goals per game equal to 2.67.

The last league meeting featuring the two was Bundesliga 2 match day 23 on 28/02/2021 which ended up with the score at Heidenheim 3-2 Fortuna Dusseldorf.

The Fortuna Dusseldorf manager Christian Preußer has zero fitness concerns whatsoever coming into this clash with a completely injury-free group ready to go.

Due to a fully injury-free squad available to choose from, the Heidenheim manager Frank Schmidt has no fitness worries to report coming into this game.

We believe that Heidenheim could well find it tough to register a score against this Fortuna Dusseldorf side who we reckon should be able to grind out a win.

Our tip is therefore for a hard-fought 1-0 advantage for Fortuna Dusseldorf when all is said and done. 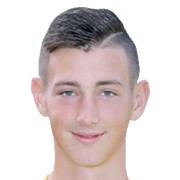 Typically taking to the field in the Striker position, Róbert Boženík was born in Terchová, Slovakia. After making a first senior appearance for MŠK Žilina in the 2018 - 2019 season, the dangerous Forward has bagged 2 league goals in this 2. Bundesliga 2021 - 2022 campaign to date in 9 appearances.

While we have made these predictions for Fortuna Dusseldorf v Heidenheim for this match preview with the best of intentions, no profits are guaranteed. Always gamble responsibly, and with what you can afford to lose. Good luck with your selections.