The Bundesliga 2 game at Voith-Arena on Sunday will see hosts Heidenheim play against Holstein Kiel.

Our Heidenheim v Holstein Kiel tips, poll and stats can be seen in full below - as well as up-to-date odds.

Heidenheim will be looking to improve on their last outing here following the 2-0 Bundesliga 2 losing effort in their last game against Erzgebirge Aue.

It has been a rare occasion in recent games where Heidenheim have shown defensive steel. The facts show that Heidenheim have failed to prevent opponents from scoring in 5 of their previous 6 clashes, leaking 14 goals along the way. We will just have to see if that trend can be continued on here.

Going into this encounter, Heidenheim have not lost a league tie with Holstein Kiel in their previous 6 matches.

Holstein Kiel head into the game following a 2-1 Bundesliga 2 win with the eclipse of Dynamo Dresden in their most recent outing.

An examination of their most recent head to head clashes stretching back to 12/08/2018 shows us that Heidenheim have won 3 of them and Holstein Kiel 0, with the number of drawn matches being 3.

A combined total of 15 goals were produced between them throughout the course of those matches, with 10 of them from Heidenheim and 5 being from Holstein Kiel. The average goals per game has been 2.5.

The previous league match featuring the two was Bundesliga 2 match day 25 on 06/04/2021 when it finished Heidenheim 1-0 Holstein Kiel.

On that day, Heidenheim had 36% possession and 12 attempts at goal with 3 on target. The scorer was Tim Kleindienst (17').

Holstein Kiel got 13 shots at goal with 3 on target.

The Heidenheim manager Frank Schmidt does not have any fitness concerns to speak of coming into this clash with a fully healthy squad to choose from.

Thanks to a fully injury-free group available to choose from, the Holstein Kiel manager Marcel Rapp doesn’t have any fitness worries whatsoever ahead of this match.

We’re of the view that Holstein Kiel have it in them to score against this Heidenheim outfit, but that is unlikely to be as many as they will have scored against them.

We’re going for a very close game with a 2-1 victory for Heidenheim at the end of the 90 minutes. Definitely a tough call. 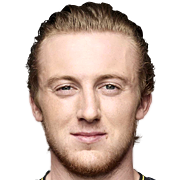 Typically deployed in the Centre Midfield position, Tobias Mohr was born in Aachen, Germany. Having made his senior debut playing for Greuther Furth in the 2018 - 2019 season, the skilful Midfielder has contributed 3 league goals in this 2. Bundesliga 2021 - 2022 season so far in 13 appearances.

We have made these Heidenheim v Holstein Kiel predictions for this match preview with the best intentions, but no profits are guaranteed. Please always gamble responsibly, only with money that you can afford to lose. Good luck if you do place a bet today.