The Heidenheim v Darmstadt live stream video is scheduled to be broadcast on 16/01/2021. Soccer fans can watch this game on a live streaming service should the game be featured in the schedule mentioned above. Here we provide you with useful info for watching this Bundesliga 2 game that includes the most recent guide to form, h2h clashes and our match tips.

In order to view this match using alternative ways, check television listings in your country. Such broadcasting deals are usually granted on a per-competition/league or even single game level. For games shown live on regional tv programmes, check the listings on channels such as BT Sport, Amazon Prime Video, Sky Sports, Now TV, iTV, Canal+, Fox Soccer, ESPN relevant to where you are.

Where the abovementioned broadcaster does broadcast a Heidenheim v Darmstadt soccer live streaming coverage, you can watch it on your mobile (iPhone, Android including Huawei) and PC as well as tablet (eg iPad, Venturer).

After the match finishes, we may also provide a link to the match highlights from time to time. We are not responsible for transmitting any match video content linked to from this site. All legal issues must be directed to the hosters/owners of said content.

The Bundesliga 2 meeting at Voith-Arena on Sunday sees home side Heidenheim take to the field against Darmstadt.

Scroll down to see all of the predictions, poll and statistics for Heidenheim v Darmstadt - along with the latest match odds.

Heidenheim will be hoping for a better result following a 4-0 Bundesliga 2 defeat last time out to SV Sandhausen.

Heidenheim have been quite ineffective in attack of late. Their ‘goals for’ figure equals just 4 against opposition teams during their previous 6 outings. In those meetings, Heidenheim have also seen the number of goals scored against them come to 7. We will have to see whether or not that trend can be continued on in this game.

Heading into this contest, Heidenheim are undefeated in their last 20 home league matches. So impressive.

Following on from tasting defeat last time out to Hannover in Bundesliga 2 action, Darmstadt will be hoping to turn things around here.

Looking at the statistics for their head to head duels going back to 20/09/2017, both clubs have shared the honours with Heidenheim winning 2 of those games, Darmstadt 2 and 2 being draws after 90 minutes of play.

An aggregate of 13 goals were produced between them during those clashes, with 6 of them from Heidenheim and 7 being from Darmstadt. The average number of goals per game works out to 2.17.

The last league game featuring the two was Bundesliga 2 match day 24 on 29/02/2020 which finished with the scoreline of Darmstadt 2-0 Heidenheim.

We’re thinking that Darmstadt should have enough to put a goal past this Heidenheim lineup, however it is unlikely to be enough to avoid a loss.

We can see a narrow 2-1 victory for Heidenheim when all is said and done. Could easily see this go either way. 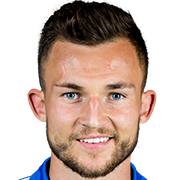 Regularly taking up the Striker position, Denis Thomalla was born in Pforzheim, Germany. Having played his first senior match for Hoffenheim in the 2010 - 2011 season, the goalscoring Forward has managed to score 2 league goals in this Bundesliga 2 2020 - 2021 campaign so far in a total of 11 appearances.

We have made these Heidenheim v Darmstadt predictions for this match preview with the best intentions, but no profits are guaranteed. Please always gamble responsibly, only with money that you can afford to lose. Best of luck with your selections.

⚽️ Where can I get the odds for other Bundesliga 2 games?

View all of our next (and previous) Bundesliga 2 predictions & previews here.