The SV Sandhausen v Heidenheim live stream video is ready to be broadcast on 16/09/2021. Supporters of the teams can watch the fixture on a live streaming service if this match is included in the schedule referenced above. Here we show helpful information for watching this Bundesliga 2 match that includes the most recent guide to form, h2h meetings and our game tips.

In order to view this match using other sources, search for broadcasters’ listings for your locality. These broadcasting rights are often allocated on a per-competition/league or even single match basis. For fixtures shown live on regional tv programmes, check the listings on stations like BT Sport, Amazon Prime Video, Sky Sports, Now TV, iTV, Canal+, Fox Soccer, ESPN that are relevant for where you are.

Where the abovementioned broadcaster is providing SV Sandhausen v Heidenheim football live streaming coverage, you’ll be able to watch the game on a mobile (iPhone, Android including OnePlus) and computer as well as tablet (eg iPad, Alba).

After the match finishes, we may also link to highlights from time to time. We are not responsible for transmitting any match video content linked to from this site. All legal issues must be directed to the hosters/owners of such content.

SV Sandhausen will do battle with visiting club Heidenheim at BWT-Stadion am Hardtwald in the Bundesliga 2 clash on Saturday.

For all of our match predictions, pre-game poll and statistics for SV Sandhausen v Heidenheim, scroll down including the latest game odds.

SV Sandhausen will be looking to improve on their last outing here after a 2-1 Bundesliga 2 loss in their previous game against Hamburg.

Going into this one, SV Sandhausen are without a home win in the past 3 league matches.

Heidenheim will go into the match following on from a 2-1 Bundesliga 2 win over Dynamo Dresden in their most recent fixture.

In that game, Heidenheim had 50% possession and 23 shots at goal with 6 of them on target. For Heidenheim, goals were scored by Tobias Mohr (5') and Robert Leipertz (90'). For their opponents, Dynamo Dresden had 14 shots on goal with 3 on target. Chris Löwe (51') was the scorer for Dynamo Dresden.

Looking at their form, and Heidenheim have been scored against in 5 of their last 6 matches, letting opponents get 7 goals in total. Defensively, Heidenheim can certainly do much better. That sort of trend might not be carried forward here, though.

Checking out their prior head to head duels stretching back to 02/12/2018, both clubs have shared the honours with SV Sandhausen winning 3 of those games, Heidenheim 3 and 0 being draws after 90 minutes of play.

A combined sum of 18 goals were shared by the two clubs during those clashes, with 11 of them from Sandhausen and 7 created by Heidenheim. The average goals per game has been 3.

The previous league meeting featuring these sides was Bundesliga 2 match day 32 on 09/05/2021 when it finished Heidenheim 2-1 SV Sandhausen.

That day, Heidenheim had 50% possession and 8 attempts on goal with 5 of them on target. The goals were scored by Patrick Mainka (59') and Tim Kleindienst (81').

On the other side, SV Sandhausen had 13 shots at goal with 1 of them on target. Daniel Keita-Ruel (43') scored.

Thanks to a mainly healthy group, there is only the lone fitness worry for the Heidenheim gaffer Frank Schmidt to contend with. Gianni Mollo (Cruciate Ligament Rupture) won’t be in action.

When taking everything into account, SV Sandhausen may find it difficult to breach the defence of this Heidenheim outfit who should win and very possibly keep a clean sheet.

Therefore, we predict a 0-1 advantage for Heidenheim at the end of the 90 minutes. 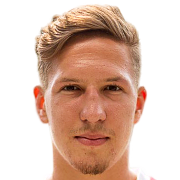 Mostly used in the Central Defensive Midfielder position, Janik Bachmann was born in Germany. Having played his first senior match for Chemnitzer FC in the 2017 - 2018 season, the gifted Midfielder has got 2 league goals in the 2. Bundesliga 2021 - 2022 campaign to date coming from a total of 6 appearances.

While we have made these predictions for SV Sandhausen v Heidenheim for this match preview with the best of intentions, no profits are guaranteed. Always gamble responsibly, and with what you can afford to lose. Good luck with your selections.

⚽️ Where can I get the predictions for other Bundesliga 2 games?

Look at all of our upcoming (and previous) Bundesliga 2 predictions & previews here.