Kaiserslautern will be hosting the visiting Hallescher at Fritz-Walter-Stadion in the 3rd Liga game on Saturday.

Our full set of predictions, statistics and match poll for Kaiserslautern v Hallescher can be seen below (plus the best game odds).

Kaiserslautern will be hoping to bounce back here after a 1-0 3rd Liga loss in their previous game against Magdeburg.

Bariş Atik (56') was the scorer for Magdeburg.

It’s been a rare occasion in recent games where Kaiserslautern have managed to hold out for a full 90 minutes. The reality is that Kaiserslautern have been scored against in 5 of their previous 6 matches, giving up 7 goals in the process. We will find out if that trend will end up being continued on in this game.

A look at their previous results shows us that Kaiserslautern:

Following on from tasting defeat last time out to Hansa Rostock in 3rd Liga action, Hallescher and their travelling supporters will be hoping that they can get a better result in this one.

The strike force from Hallescher have made hard work of scoring goals over their previous six games, recording the unsatisfactory return of only 4. In those fixtures, Hallescher have also seen the collective goal aggregate of opposing teams equal 12.

Heading into this contest, Hallescher haven’t won away from home in the past 6 league games.

Checking on their most recent head to head meetings stretching back to 20/08/2016 shows that Kaiserslautern have won 1 of these games and Hallescher 2, with the number of drawn results standing at 3.

A sum of 14 goals were scored between the two sides throughout the course of those matches, with 6 of them for Kaiserslautern and 8 being from Hallescher. That is an average goals per game value of 2.33.

The last league fixture between these sides was 3rd Liga match day 11 on 21/11/2020 which finished with the scoreline of Hallescher 1-1 Kaiserslautern.

The referee was Lukas Benen.

In our view, Hallescher will have to perform well to breach the defence of this Kaiserslautern side who we think should be able to get on the scoresheet themselves in a winning performance.

With that in mind, we reckon that it will be a hard-fought 1-0 winning margin for Kaiserslautern at the end of this one. 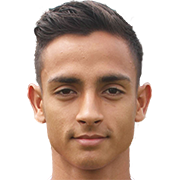 Customarily deployed in the Left Attacking Midfielder position, Kenny Prince Redondo was born in Munich, Germany. Having made his senior debut playing for Unterhaching in the 2013 - 2014 season, the skilful Midfielder has scored 4 league goals in this 3. Liga 2020 - 2021 season so far in a total of 23 appearances.

While we have made these predictions for Kaiserslautern v Hallescher for this match preview with the best of intentions, no profits are guaranteed. Always gamble responsibly, and with what you can afford to lose.