Meppen arrive at Fritz-Walter-Stadion on Saturday for the 3rd Liga tie with hosts Kaiserslautern.

The only player to score from Kaiserslautern was Marlon Ritter (55'). Jomaine Consbruch (49') scored for Eintracht Braunschweig.

Their more recent scorelines really do illustrate the point that not much more can be done by the Kaiserslautern rearguard. Kaiserslautern have been stingy, resulting in the tally of goals that have gone past their goalkeeper during their previous six matches standing at 2.

Meppen will go into the clash after a 4-1 3rd Liga win vs Hallescher in their most recent match.

Showing their partiality to productive encounters, we’ve seen goals 22 times in the prior six matches in which Meppen have taken to the field, giving a mean average of 3.67 goals per fixture. Opposing teams have managed 7 of those goals. Putting that to one side, time will tell if such a trend shall be maintained in this next game or not.

Ahead of this clash, Meppen have not lost to Kaiserslautern in games played away from home for the previous 2 league games.

A review of their prior head-to-head clashes going back to 18/05/2019 tells us that Kaiserslautern have won 1 of these & Meppen 3, with the number of drawn matches being 2.

A lot of goals were also scored during this period, 29 in all at an average of 4.83 goals per meeting.

The last league meeting featuring the two was 3rd Liga match day 2 on 31/07/2021 when the final score was Meppen 1-0 Kaiserslautern.

The match was refereed by Patrick Schwengers.

We’re thinking that Meppen will likely create enough chances to find the net against this Kaiserslautern team, but it may not quite be as many as the goals that they could concede.

We reckon that it will be a 2-1 winning score for Kaiserslautern at the end of the 90 minutes. Looking forward to this. 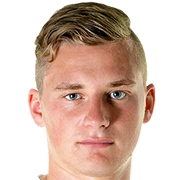 Mostly played in the Left Wing position, Marlon Ritter was born in Essen, Germany. After making a first senior appearance for Fortuna Dusseldorf in the 2016 - 2017 season, the talented Forward has bagged 3 league goals in this 3. Liga 2021 - 2022 campaign to date from a total of 16 appearances.

While we have made these predictions for Kaiserslautern v Meppen for this match preview with the best of intentions, no profits are guaranteed. Always gamble responsibly, and with what you can afford to lose. We wish you the best of luck.