This Verl v Kaiserslautern live stream video is set for 16/01/2021. Soccer fans can watch the game on a live streaming service if this match is featured in the schedule referenced above. Here we provide useful information for watching this 3rd Liga match including the most recent guide to form, head to head meetings and our game tips.

To view this match via other sources, look up television schedules in your locality. These broadcasting deals are generally allocated on a per-competition/league or even single fixture arrangement basis. For matches shown live on regional television programmes, check the listings on the likes of BT Sport, Amazon Prime Video, Sky Sports, Now TV, iTV, Canal+, Fox Soccer, ESPN relevant to your location.

When the abovementioned broadcaster indicates that they have the Verl v Kaiserslautern soccer live streaming coverage, you’ll be able to watch the game on a mobile (iPhone, Android including OnePlus) and desktop as well as tablet (eg iPad, Samsung Galaxy Tab).

Post-game, we might also link to the match highlights from time to time. We are not responsible for the transmission of any match video content linked to from here. All legal complaints must be done by contacting the hosters/owners of this content.

Kaiserslautern will arrive at Sportclub Arena on Saturday for the 3rd Liga game with home team Verl.

Our predictions, user poll and statistics for Verl v Kaiserslautern can be found here - plus the latest match odds.

Verl will be looking for a repeat result of the 3-4 3rd Liga success over Unterhaching.

Verl have been conceding pretty frequently of late, although they have also found ways to convert their own chances into goals. Analysis of their previous 6 games shows that Verl have conceded in 6 of them as well as managing to get on the scoresheet in 5 of those games.

Coming into this clash, Verl haven’t won at home in the past 2 league games.

In their previous fixture, Kaiserslautern drew 0-0 in the 3rd Liga match with Viktoria Cologne.

Jeff Saibene's Kaiserslautern have seen their efforts on goal rewarded 5 times throughout their previous 6 matches. The aggregate of goals that they have conceded during those same matches equals 8.

FCK boss Jeff Saibene has not got a full squad to pick from. Anas Bakhat (Fitness), Carlo Sickinger (Ill), Lukas Spalvis (Cartilage Damage), Lukas Gottwalt (Fracture-dislocation of the ankle), Dominik Schad (Fibula Fracture) and Simon Skarlatidis (Groin Surgery) can’t be considered. The players who will not be able to play in this game through being suspended are Kenny Prince Redondo, Marius Kleinsorge and Tim Rieder.

We feel that Kaiserslautern may well find it hard to break down this Verl outfit who we think will get the win and a maybe even keep a clean sheet as well.

That’s why we have predicted a very even match with a 1-0 victory for Verl at the end of this game. 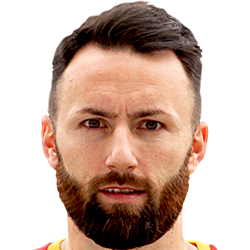 Normally taking up the Striker position, Zlatko Janjić was born in Gradiška, Bosnia and Herzegovina. After having played his first senior match for Arminia Bielefeld in the 2008 - 2009 season, the goalscoring Forward has contributed 9 league goals in the 3. Liga 2020 - 2021 season to date from a total of 15 appearances.

While we have made these predictions for Verl v Kaiserslautern for this match preview with the best of intentions, no profits are guaranteed. Always gamble responsibly, and with what you can afford to lose. We wish you the best of luck.

⚽️ Where can I find the previews for other 3rd Liga games?

View all of our upcoming (and previous) 3rd Liga predictions & previews here.