The Bundesliga 1 meeting at RheinEnergieStadion on Sunday sees home side Cologne go up against opponents Eintracht Frankfurt.

Our predictions, user poll and statistics for Cologne v Eintracht Frankfurt can be found here (including the best match odds).

Cologne will be looking to improve on their last outing here following a 1-3 Bundesliga 1 loss in their previous game against Borussia Mönchengladbach.

Fixtures involving Cologne have often been entertaining ones recently with plenty of scoring expected. Over their past half dozen clashes alone, the sum of 25 goals have been recorded for both teams combined (at an average of 4.17 goals per game) with 11 of these accredited to Köln. We will see whether or not that trend will end up being continued on here.

Their prior results show that Cologne:

Eintracht Frankfurt will come into the encounter after a 2-1 Bundesliga 1 win versus Hoffenheim in their last game.

Eintracht Frankfurt have regularly broken through opposing defences leading up to this encounter, having scored 11 goals in their previous 6 matches. While their manager Adi Hütter will no doubt take that as a positive sign, Eintracht have had their own issues at the back, also conceding in 6 of those same games.

Leading up to this clash, Eintracht Frankfurt:

An examination of their prior head-to-head clashes going back to 05/11/2016 tells us that Cologne have won 2 of these games & Eintracht Frankfurt 3, with the tally of draws standing at 1.

An aggregate of 17 goals were shared by the two clubs in this period, with 8 from Köln and 9 belonging to Eintracht. That’s an average goals per game of 2.83.

Cologne manager Markus Gisdol will be grateful not to have any fitness concerns to speak of ahead of this clash owing to a completely injury-free group ready to go.

Cologne would be disappointed if they were not to breach the defence of this Eintracht Frankfurt side, although one goal possibly won’t prevent defeat.

We’re therefore expecting a very close game with a 1-2 winning margin for Eintracht Frankfurt at the end of the 90 minutes. 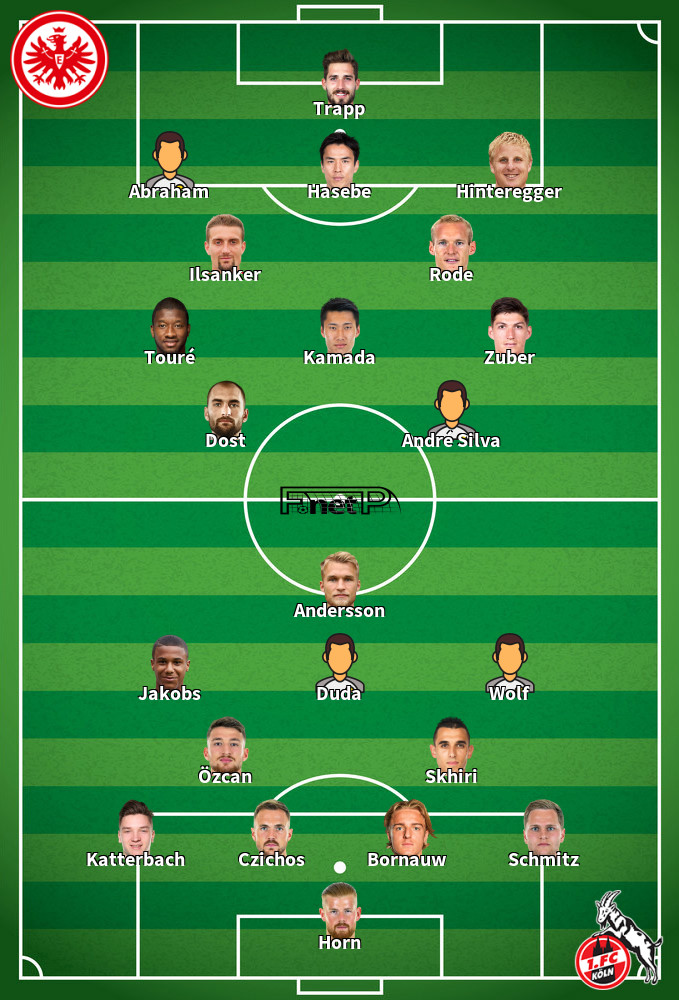 We have made these Cologne v Eintracht Frankfurt predictions for this match preview with the best intentions, but no profits are guaranteed. Please always gamble responsibly, only with money that you can afford to lose. Good luck with your selections.