Cologne face off with visiting opponents RB Leipzig at RheinEnergieStadion in this Bundesliga 1 game on Saturday.

For all of our match predictions, pre-game poll and statistics for Cologne v RB Leipzig, scroll down (including the best match odds).

Cologne enter this fixture after a 1-1 Bundesliga 1 drawn game versus Freiburg.

In that match, Cologne managed 46% possession and 15 attempts at goal with 4 on target. For Cologne, the scorers were Anthony Modeste (34') and Rafael Czichos (89' Own goal). For their opponents, SC Freiburg got 9 shots on goal with 3 of them on target.

Fixtures involving Cologne have usually been entertaining ones lately with high scoring being a real hallmark. Over their past 6 clashes, a grand total of 22 goals have been scored for both teams combined (at an average of 3.67 goals per game) with 14 of them coming from Cologne. Such a trend isn’t assured to be carried forward into this match, of course.

Since being beaten in their last game against Manchester City in Champions League competition, RB Leipzig will be aiming to make amends here.

Proving their involvement in action-packed matches, we’ve had goals 24 times in the previous 6 matches in which RB Leipzig have taken to the field, yielding an average of 4 goals per fixture. Their opponents have hit 12 of this grand total.

Coming into this fixture, RB Leipzig are without a win away from home in their last 5 matches in the league.

An examination of their most recent head to head meetings dating back to 01/10/2017 shows that Cologne have won 2 of these games & RB Leipzig 3, with the number of drawn matches standing at 1.

In all, 20 goals were produced between them in these games, with 8 of them from Köln and 12 created by Leipzig. This gives an average number of goals per game equal to 3.33.

The previous league contest between these sides was Bundesliga 1 match day 30 on 20/04/2021 which finished with the scoreline of Cologne 2-1 RB Leipzig.

The Cologne manager Steffen Baumgart will be thankful to have no fitness worries to speak of ahead of this match with a fully healthy squad available to select from.

RB Leipzig manager Jesse Marsch has multiple availability issues to deal with. Marcel Halstenberg (Tear in a joint capsule) and Marcelo Saracchi (Cruciate Ligament Rupture) are names that won’t be on the team sheet.

Our feeling is that RB Leipzig will probably get a lot of shots on goal and make them count.

In contrast, Cologne might well find it difficult scoring goals but we think it’s quite likely that they will be converting at least once.

Therefore, we are anticipating a decent 1-3 winning margin for RB Leipzig at the end of the 90 minutes. 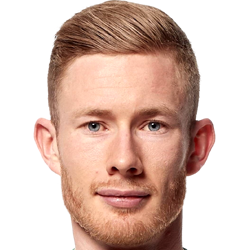 Mostly deployed in the Left Attacking Midfielder position, Florian Kainz was born in Graz, Austria. Having made a first senior appearance for Sturm Graz in the 2010 - 2011 season, the gifted Midfielder has managed 2 league goals in this Bundesliga 2021 - 2022 season so far in 4 appearances.

We have made these Cologne v RB Leipzig predictions for this match preview with the best intentions, but no profits are guaranteed. Please always gamble responsibly, only with money that you can afford to lose. Good luck with your selections.