Cologne face off with away side Hoffenheim at RheinEnergieStadion in this Bundesliga 1 tie on Saturday.

View all Cologne v Hoffenheim tips, stats and our pre-match poll below - plus the latest betting odds.

Cologne fans will want a repeat of their previous result, being a 0-6 DFB-Pokal success vs Altglienicke.

Köln have been finding it hard to keep clean sheets of late, but they’ve also managed to convert their own chances into goals. Analysis of their previous 6 games shows that Köln have been punished defensively in 5 of them as well as getting on the scoresheet in 6 of those matches. That trend might not follow through into this next game, though.

Previously, Hoffenheim drew 1-1 in the DFB-Pokal match with Chemnitzer FC.

Indicating their bias toward eventful encounters, we’ve seen goals 20 times in the last six games in which Hoffenheim have played, making it a mean average of 3.33 goals each fixture. Their opponents have managed 6 from this total.

Delving into their past head to head results stretching back to 03/12/2016 shows that these fixtures have not been kind to Cologne. They’ve not managed to come away with any victories whatsoever whereas Hoffenheim have been dominant against them, beating them in 83 per cent of those match-ups.

The previous league meeting featuring these sides was Bundesliga 1 match day 28 on 27/05/2020 and the score finished Hoffenheim 3-1 Cologne.

That day, Hoffenheim managed 43% possession and 8 attempts on goal with 6 on target. The scorers were Christoph Baumgartner (11', 46') and Steven Zuber (48').

Cologne manager Markus Gisdol has zero fitness worries whatsoever ahead of this game thanks to a fully injury-free group to choose from.

We are of the inclination to think that Hoffenheim and Cologne should end up playing out a closely-fought contest here.

A close call, and we think a draw is quite likely - as are goals. Therefore, we predict a really entertaining tussle with a 2-2 score at the end of this game.

Both Teams to Score Prediction for Cologne vs Hoffenheim
Yes 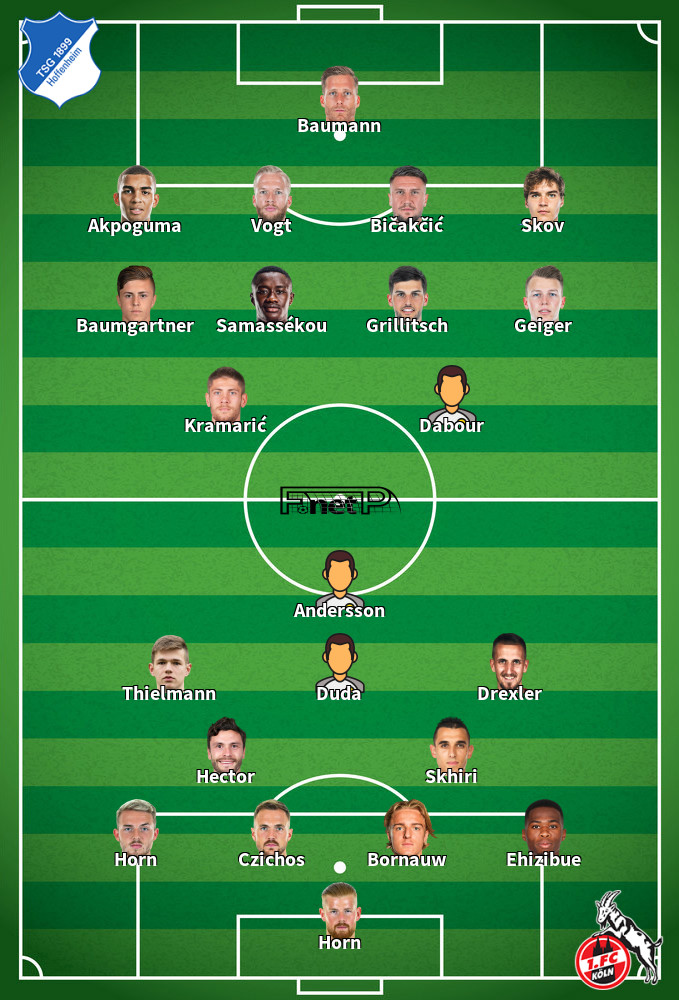 We have made these Cologne v Hoffenheim predictions for this match preview with the best intentions, but no profits are guaranteed. Please always gamble responsibly, only with money that you can afford to lose. Good luck with your selections.