Cologne will be taking on away team Stuttgart at RheinEnergieStadion in this Bundesliga 1 game on Saturday.

Scroll down for all of our predictions, poll and stats for the Cologne v Stuttgart game (including the best match odds).

Cologne will be hoping for a better result following a 2-0 Bundesliga 1 defeat in their last game at the hands of Eintracht Frankfurt.

Three or more goals per game were recorded in 5 of the past 6 fixtures where Cologne have played. Opposing sides scored 10 of them in this period whereas Köln amassed a tally of 9. Even so, we must now wait to see if that trend might continue on in this upcoming game.

Going into this game, the form guide shows that Cologne:

In the game prior to this, Stuttgart drew 1-1 in the Bundesliga 1 match with Hertha Berlin.

The stats don’t lie, and Stuttgart have been scored against in 5 of their last 6 games, letting opponents get 13 goals in all. Defensively, Stuttgart can certainly do much better.

Going into this game, the form guide shows that Stuttgart:

An examination of their past head to head meetings going back to 04/02/2015 shows that Cologne have won 1 of these games & Stuttgart 3, with the number of drawn matches being 2.

A total of 18 goals were yielded between them in this period, with 8 for Köln and 10 being from Stuttgart. That’s an average goals per game of 3.

The last league clash between the two was Bundesliga 1 match day 5 on 23/10/2020 and the score finished Stuttgart 1-1 Cologne.

That day, Stuttgart had 58% possession and 9 shots at goal with 4 of them on target. The scorer was Orel Mangala (1').

For their opponents, Cologne had 15 attempts on goal with 4 of them on target. Sebastian Andersson (23') scored.

Cologne manager Markus Gisdol will be grateful to have no fitness worries whatsoever coming into this game with a completely injury-free squad available to select from.

Our assessment here is that Cologne might well have a job on their hands to be putting a goal past this Stuttgart side who we think might emerge victorious.

We’re therefore seeing a very even match with a 0-1 advantage for Stuttgart at the end of this game. 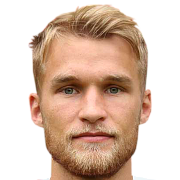 Customarily played in the Striker position, Sebastian Andersson was born in Ängelholm, Sweden. After having played his first senior match for Ängelholms FF in the 2010 season, the skilful Forward has netted 2 league goals in the Bundesliga 1 2020 - 2021 season so far in 10 appearances.

We have made these Cologne v Stuttgart predictions for this match preview with the best intentions, but no profits are guaranteed. Please always gamble responsibly, only with money that you can afford to lose. Good luck with your selections.