The Bundesliga 2 fixture at Max-Morlock-Stadion on Sunday sees home side Nuremberg playing against opponents Eintracht Braunschweig.

Our Nuremberg v Eintracht Braunschweig tips, poll and stats can be seen in full below - plus the latest betting odds.

Nuremberg are hoping to win again after their last result, a 0-1 Bundesliga 2 success over Karlsruhe.

The only name on the scoresheet from Nuremberg was Mats Møller Dæhli (90').

It has been seldom in recent times that Nuremberg have shown defensive steel. It will be a concern for them that Nürnberg have failed to prevent opponents from scoring in 5 of their previous 6 games, letting in 11 goals during that time.

Coming into this contest, Nuremberg are without a home win in the past 4 league matches. Things will have to change soon.

Eintracht Braunschweig go into this clash following a 2-0 Bundesliga 2 win vs Regensburg in their previous fixture.

For Eintracht Braunschweig, the goalscorers were Jannis Nikolaou (58') and Nick Proschwitz (65').

During their six previous matches, Daniel Meyer's Eintracht Braunschweig have found the net a total of 7 times - yielding them a goals per game average of 1.17.

Heading into this fixture, Eintracht Braunschweig are without an away win for the past 12 league matches. Their travelling support will be needed here, for sure.

Inspecting their past head-to-head clashes dating back to 30/04/2016 shows us that Nuremberg have won 2 of these games and Eintracht Braunschweig 3, with the number of drawn games being 1.

There were also plenty of goals scored in those games, 25 overall which averages out at 4.17 goals per meeting.

The previous league match featuring these clubs was Bundesliga 2 match day 6 on 31/10/2020 when it finished Eintracht Braunschweig 3-2 Nuremberg.

Here is a game where Eintracht Braunschweig may well find it hard to breach the defence of this Nuremberg side who we think should score one, at least.

We’re therefore anticipating a hard-fought 1-0 win for Nuremberg at the conclusion of the game. 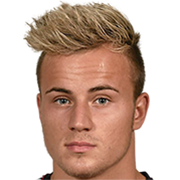 Typically taking up the Striker position, Felix Lohkemper was born in Germany. After making a first senior appearance for in the 2012 - 2013 season, the gifted Forward has bagged 4 league goals in the Bundesliga 2 2020 - 2021 campaign to date in 11 appearances.

While we have made these predictions for Nuremberg v Eintracht Braunschweig for this match preview with the best of intentions, no profits are guaranteed. Always gamble responsibly, and with what you can afford to lose. Good luck with your selections.