Nuremberg are the guests at Wildparkstadion on Sunday for the Bundesliga 2 fixture with home team Karlsruhe.

Full predictions, pre-match stats and user poll for Karlsruhe v Nuremberg are shown on this page - as well as the best betting odds.

Karlsruhe, following on from their previous result, will be hoping for more of the same after a 2-3 Bundesliga 2 victory over SV Sandhausen.

Christian Eichner's Karlsruhe have found the net a sum total of 10 times over their prior six outings. Conversely, the number of goals that they have conceded in that time stands at 6.

Going into this game, the form guide shows that Karlsruhe:

Following on from a loss in their previous game against St. Pauli in Bundesliga 2 competition, Nuremberg will be hoping to turn things around here.

The only scorer from Nuremberg was Dennis Borkowski (77'). Guido Burgstaller (45') and Omar Marmoush (65') scored for St. Pauli.

The stats don’t lie, and Nuremberg have been scored against in 6 of their last 6 matches, seeing opposing sides hit 14 goals in total. At the back, Nürnberg seem to have a bit of a soft underbelly.

Heading into this fixture, Nuremberg haven't been defeated by Karlsruhe when they've played them away from home in the last 2 league games.

Looking over their prior head to head meetings going back to 16/04/2016 shows that Karlsruhe have won 1 of these and Nuremberg 3, with the tally of drawn games standing at 2.

A combined total of 14 goals were shared by the two clubs in these games, with 5 of them for Karlsruhe and 9 created by Nürnberg. The average goals per game has been 2.33.

The last league clash between the two was Bundesliga 2 match day 5 on 23/10/2020 when it finished Nuremberg 1-1 Karlsruhe.

The match was refereed by Harm Osmers.

It’s a low absenteeism rate, with just one fitness concern for the Karlsruhe boss Christian Eichner to contend with due to a largely intact group of players. Dirk Carlson (Fatigue fracture) is out of contention.

Our feeling is that Nuremberg could well find it tough to break down this Karlsruhe outfit who will likely just have the edge.

We’re therefore seeing a very even contest with a 1-0 winning score for Karlsruhe after 90 minutes. 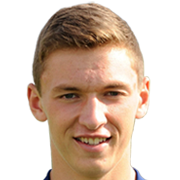 Generally played in the Right Attacking Midfielder position, Benjamin Goller was born in Reutlingen, Germany. Having made a first senior appearance for Werder Bremen in the 2019 - 2020 season, the goalscoring Midfielder has managed 4 league goals in the Bundesliga 2 2020 - 2021 season to date in 18 appearances.

We have made these Karlsruhe v Nuremberg predictions for this match preview with the best intentions, but no profits are guaranteed. Please always gamble responsibly, only with money that you can afford to lose. Good luck if you do place a bet today.