The Bundesliga 2 clash at Max-Morlock-Stadion on Sunday will see hosts Nuremberg prepare for the visit of Paderborn.

Our Nuremberg v Paderborn tips, poll and stats can be seen in full below - plus the latest match odds.

Nuremberg prepare for this game following on from a 2-2 Bundesliga 2 draw vs Greuther Furth.

In that game, Nuremberg had 39% possession and 21 shots on goal with 9 on target. For Nuremberg, goals were scored by Enrico Valentini (57') and Erik Shuranov (76'). For their opponents, SpVgg Greuther Fürth had 10 attempts on goal with 4 of them on target. Håvard Nielsen (8') and Dickson Abiama (93') scored for Greuther Furth.

Over their preceding six fixtures, Robert Klauß's Nuremberg have celebrated scoring a total of 6 times, with that being an average number of goals scored per match equal to 1.

Their previous form shows that Nuremberg:

In their last game, Paderborn drew 2-2 in the Bundesliga 2 match with Karlsruhe.

The numbers tell their own story, and Paderborn have been scored against in 5 of their last 6 games, letting opponents get 9 goals in total. Defensively, Paderborn have not been doing too well. Regardless, we must now wait to see whether such a trend shall be maintained here in this game.

The last league meeting featuring these clubs was Bundesliga 2 match day 10 on 06/12/2020 when it finished SC Paderborn 07 0-2 Nuremberg.

Thanks to a mainly full-strength group of players, there is just the one fitness problem for the Paderborn boss Steffen Baumgart to be concerned about. Nicolas Bürgy (Cervical spine injury) won’t be in action. The players ineligible for this match because of suspension are Jamilu Collins and Ron Schallenberg.

We feel that Paderborn and Nuremberg could end up without much reward for their efforts here.

A scoreless draw looks like a real possibility, but we’ll see what happens. We’re therefore predicting a hard-fought 0-0 draw at the end of the match. 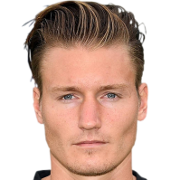 Customarily playing in the Striker position, Manuel Schäffler was born in Fürstenfeldbruck, Germany. After having played his first senior match for 1860 Munich in the 2007 - 2008 season, the skilful Forward has got 9 league goals in the Bundesliga 2 2020 - 2021 season to date from a total of 22 appearances.

We have made these Nuremberg v Paderborn predictions for this match preview with the best intentions, but no profits are guaranteed. Please always gamble responsibly, only with money that you can afford to lose. We wish you the best of luck.