Full predictions, pre-match stats and user poll for SV Sandhausen v Nuremberg are shown on this page - plus the latest betting odds.

SV Sandhausen will be hoping for a repeat of their last result, following the 0-1 Bundesliga 2 triumph over Dynamo Dresden.

Fixtures featuring SV Sandhausen have often been engaging affairs of late with a lot of goalmouth action being a real hallmark. Over their past 6 clashes, a grand total of 21 goals have gone in for both teams combined (at an average of 3.5 goals per game) with 8 of those coming from SV Sandhausen.

Coming into this fixture, SV Sandhausen haven’t won at home in the past 6 matches in the league. Their fans aren't happy.

Following on from being beaten in their last game against Werder Bremen in Bundesliga 2 action, Nuremberg will be aiming to make amends here.

Robert Klauß's Nuremberg have had reason to celebrate scoring a total of 7 times throughout their previous six matches. The aggregate of goals that they have conceded during those same clashes equals 5.

Going into this contest, Nuremberg have not won against SV Sandhausen in away games against them for the last 2 matches in the league.

Inspecting their prior head to head clashes dating back to 02/12/2017 shows that SV Sandhausen have won 2 of them & Nuremberg 4, with the number of drawn results standing at 0.

An aggregate of 13 goals were shared by the two clubs throughout the course of those matches, with 5 from Sandhausen and 8 created by Nürnberg. This gives an average number of goals per game equal to 2.17.

The previous league game between the two was Bundesliga 2 match day 19 on 31/01/2021 when the final score was SV Sandhausen 2-0 Nuremberg.

The SV Sandhausen boss Alois Schwartz will be thankful to have no fitness worries whatsoever ahead of this match with a completely healthy group available to choose from.

Due to a completely injury-free group to choose from, the Nuremberg manager Robert Klauß has zero fitness concerns to report ahead of this game.

In our view, SV Sandhausen will really need to work well to see themselves scoring against this Nuremberg outfit who we reckon should get the vital goal that wins it.

We’re therefore seeing a hard-fought 0-1 victory for Nuremberg at the end of this game. 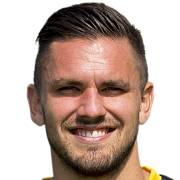 Normally deployed in the Striker position, Pascal Testroet was born in Bocholt, Germany. Having made his senior debut playing for SV Werder Bremen II in the 2008 - 2009 season, the goalscoring Forward has got 4 league goals in the 2. Bundesliga 2021 - 2022 campaign so far from a total of 6 appearances.

While we have made these predictions for SV Sandhausen v Nuremberg for this match preview with the best of intentions, no profits are guaranteed. Always gamble responsibly, and with what you can afford to lose. Best of luck with your selections.