Saarbrucken come up against away team Zwickau at PSD-Bank-Arena in this 3rd Liga match on Saturday.

Scroll down to see all of the predictions, poll and statistics for Saarbrucken v Zwickau (inc. the best betting odds).

Saarbrucken are hoping to win again after their last result, the 1-2 3rd Liga victory over Magdeburg.

The only scorer from Saarbrucken was Sebastian Jacob (4', 57'). Saliou Sané (45') was the scorer for Magdeburg.

Fixtures featuring Saarbrucken have usually been absorbing affairs recently with a lot of goalmouth action the rule rather than the exception. Over their past half dozen clashes, the sum total of 20 goals have flown in for both teams combined (at an average of 3.33 goals per game) with 8 of them being chalked up by Saarbrücken.

Coming into this fixture, Saarbrucken are without a win at home for the past 4 league matches. Their fans aren't happy.

Following on from tasting defeat last time out to Ingolstadt in 3rd Liga action, Zwickau will be hoping to turn things around here.

Looking at their form, and Zwickau have been scored against in 6 of their last 6 matches, seeing their opponents hit 8 goals in total. Defensively, Zwickau have some weaknesses to address. Historical results aside, we must now wait to see if the trend will persist here in this match or not.

Saarbrucken manager Lukas Kwasniok doesn’t have any fitness worries at all before this match owing to a completely healthy squad ready to go.

In our view, Zwickau should have enough to break down this Saarbrucken side, but that is unlikely to be enough to avoid a loss.

Our selection here is for a tight encounter finishing with a 2-1 winning score for Saarbrucken at full-time. Looking forward to this. 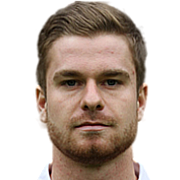 Mostly used in the Striker position, Sebastian Jacob was born in Saarbrücken, Germany. Having made a first senior appearance for Kaiserslautern in the 2014 - 2015 season, the goalscoring Forward has bagged 8 league goals in this 3. Liga 2020 - 2021 season so far in 17 appearances.

While we have made these predictions for Saarbrucken v Zwickau for this match preview with the best of intentions, no profits are guaranteed. Always gamble responsibly, and with what you can afford to lose.