The 3rd Liga fixture at PSD-Bank-Arena on Sunday will see home team Saarbrucken take to the field against opponents Unterhaching.

Our Saarbrucken v Unterhaching predictions, statistics and match poll can be seen below (including the best match odds).

Saarbrucken, who won their previous game, will hope for a similar result following the 4-0 3rd Liga triumph versus Hallescher.

For Saarbrucken, the goals were scored by Maurice Deville (2', 60') and Markus Mendler (71'). Jannes Vollert (27' Own goal) was the scorer for Hallescher.

In their past six games, Lukas Kwasniok's Saarbrucken have celebrated scoring 8 times giving them an average number of goals scored per match equal to 1.33.

Going into this one, Saarbrucken are undefeated in their last 2 league matches at home.

Unterhaching will go into the match after a 2-1 3rd Liga win over Meppen in their previous game.

For Unterhaching, the scorers were Patrick Hasenhüttl (19') and Niclas Anspach (72'). Hilal El-Helwe (14') scored for Meppen.

In the course of their six previous matches, Arie van Lent's Unterhaching have fired home a total of 7 times - yielding them a goals scored per game average of 1.17.

Looking at their most recent head to head clashes going back to 02/12/2011 shows that Saarbrucken have won 2 of them and Unterhaching 3, with the tally of drawn results standing at 1.

Saarbrucken boss Lukas Kwasniok will be grateful not to have any fitness concerns to speak of ahead of this game thanks to a fully injury-free squad available to choose from.

Our assessment is that Unterhaching have enough to get a goal against this Saarbrucken outfit, however it may not quite prevent them from conceding a couple at the other end.

We are anticipating a close game with a 2-1 winning margin for Saarbrucken at full-time. Let’s just see how this one goes.

Both Teams to Score Prediction for Saarbrucken vs Unterhaching
Yes 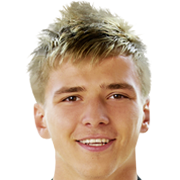 Mostly used in the Striker position, Maurice Deville was born in Luxembourg. Having played his first senior match for 1. FC Saarbrücken in the 2013 - 2014 season, the gifted Forward has scored a sum of 2 league goals in the 3. Liga 2020 - 2021 season so far in 2 appearances.

While we have made these predictions for Saarbrucken v Unterhaching for this match preview with the best of intentions, no profits are guaranteed. Always gamble responsibly, and with what you can afford to lose. Good luck!