Wehen Wiesbaden will be looking for an improved result here after a 2-1 3rd Liga defeat in their last game at the hands of Zwickau.

The only player to score from Wehen Wiesbaden was Benedict Hollerbach (45'). Marco Schikora (53') and Morris Schröter (86') scored for Zwickau.

It has not been often in recent games where Wehen Wiesbaden haven’t conceded. In fact, Wiesbaden have seen their defence breached in 5 of their previous 6 matches, letting in 8 goals along the way. It will be interesting to find out if that trend will be continued on here.

Coming into this contest, Wehen Wiesbaden are unbeaten in the league by Saarbrucken in their previous 6 games.

Following on from a losing effort in their last game against Viktoria Cologne in 3rd Liga action, Saarbrucken will be aiming to make amends here.

Showing their penchant for fruitful matches, goals have been celebrated 23 times in the last 6 games in which Saarbrucken have sent out their troops, yielding a mean average of 3.83 goals each clash. Opposition teams have hit 10 of those goals.

Coming into this contest, Saarbrucken are undefeated in their last 4 away league matches.

Checking on past results between these clubs stretching back to 17/03/2012 tells us that these encounters have not been good ones for Saarbrucken. They’ve not been able to get any victories whatsoever while Wehen Wiesbaden have dominated them, beating them in 67 per cent of those ties.

Loads of goals were seen in those games, too - 25 in total at an average of 4.17 goals per meeting.

The last league match between these sides was 3rd Liga match day 11 on 21/11/2020 which ended up with the score at Saarbrucken 3-3 Wehen Wiesbaden.

The match was refereed by Martin Speckner.

With a fully injury-free squad to choose from, Saarbrucken boss Lukas Kwasniok does not have any fitness concerns to speak of before this match.

Saarbrucken have the ability to put a goal past this Wehen Wiesbaden team, although it probably shouldn’t be enough to avoid a loss.

We’re going for a very close game with a 2-1 victory for Wehen Wiesbaden by the time that the referee blows the final whistle. There shouldn’t be much in it, either way. 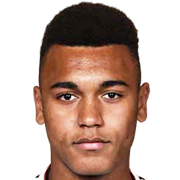 Normally used in the Striker position, Maurice Malone was born in Germany. Having played his first senior match for Wehen Wiesbaden in the 2020 - 2021 season, the gifted Forward has hit 11 league goals in the 3. Liga 2020 - 2021 season to date in a total of 26 appearances.

We have made these Wehen Wiesbaden v Saarbrucken predictions for this match preview with the best intentions, but no profits are guaranteed. Please always gamble responsibly, only with money that you can afford to lose. We wish you the best of luck.