The 3rd Liga meeting at PSD-Bank-Arena on Saturday will see hosts Saarbrucken take to the field against opponents 1860 Munich.

Full predictions, pre-match stats and user poll for Saarbrucken v 1860 Munich are shown on this page - as well as the best betting odds.

Saarbrucken, buoyed by their previous result, will be hoping for more of the same after a 0-1 3rd Liga victory against Unterhaching.

The only player to score from Saarbrucken was Julian Günther-Schmidt (29').

Lukas Kwasniok's Saarbrucken have managed to score a sum total of 6 times over their last six outings. The corresponding number of goals that have been scored against them in those same fixtures is 7.

In their previous game, 1860 Munich drew 0-0 in the 3rd Liga match with Hansa Rostock.

A sequence of effective displays by the 1860 Munich defensive players has seen the number of goals they’ve conceded amounting to 2 from their past 6 fixtures overall. Over that same time, their forwards have scored 7. Such a trend might not follow through here, though.

The previous league meeting featuring these sides was 3rd Liga match day 6 on 21/10/2020 and the score finished 1860 Munich 1-2 Saarbrucken.

Saarbrucken boss Lukas Kwasniok doesn’t have any fitness worries whatsoever coming into this clash thanks to a completely healthy squad to choose from.

We believe that Saarbrucken will need to apply a lot of pressure to find the net against this 1860 Munich team who should be able to grind out a win.

That’s why we have predicted a hard-fought contest, finishing with a 0-1 winning margin for 1860 Munich at the end of this one. 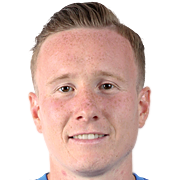 Typically playing in the Left Attacking Midfielder position, Markus Mendler was born in Germany. After having played his first senior match for Nuremberg in the 2010 - 2011 season, the goalscoring Midfielder has hit 4 league goals in the 3. Liga 2020 - 2021 campaign to date coming from a total of 17 appearances.

While we have made these predictions for Saarbrucken v 1860 Munich for this match preview with the best of intentions, no profits are guaranteed. Always gamble responsibly, and with what you can afford to lose. Best of luck.