Our predictions, user poll and statistics for FC Slovácko v Mladá Boleslav can be found here - as well as the best betting odds.

FC Slovácko won’t want a repeat of their last result here after the 2-1 First League defeat in their last game at the hands of Viktoria Plzeň.

The only player to score from FC Slovácko was Jan Kalabiška (45'). D'Avila Ba Loua (14') and Lukáš Kalvach (72') scored for Viktoria Plzeň.

In their past 6 fixtures, Martin Svědík's FC Slovácko have scored a total of 7 times resulting in an average number of goals per match of 1.17.

Analysis of their past results shows that FC Slovácko:

After a loss in their previous game against Slovan Liberec in First League action, Mladá Boleslav and their travelling supporters will be hoping that they can get a better result in this one.

Michal Sadílek (26') was the scorer for Slovan Liberec.

Karel Jarolím's Mladá Boleslav have seen their efforts on goal rewarded a total of 8 times in the course of their latest sextet of matches. The number of goals that they have conceded during those matches comes to 6.

Looking at the statistics for their head to head meetings going back to 17/03/2018, there has been little between the sides with FC Slovácko winning 1 of those games, Mladá Boleslav 1 and 4 being drawn in regulation time.

A sum of 17 goals were produced between them during those clashes, with 7 for Slovácko and 10 netted by Mladá Boleslav. The average number of goals per game works out to 2.83.

The previous league meeting between the two was First League match day 14 on 23/12/2020 which finished with the scoreline of Mladá Boleslav 2-3 FC Slovácko.

FC Slovácko manager Martin Svědík doesn’t have any fitness concerns to speak of before this game thanks to a completely injury-free squad to choose from.

Due to a mostly full-strength group of players, there’s only the lone fitness issue for the Mladá Boleslav manager Karel Jarolím to be concerned about. Aleksey Tataev (Knee inflammation) won’t be in action.

We’re of the view that Mladá Boleslav will have to perform well to find the net against this FC Slovácko team who we think might well score & stay on top.

We therefore see a hard-fought contest, finishing with a 1-0 winning margin for FC Slovácko after 90 minutes. 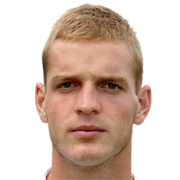 Regularly taking up the Central Defensive Midfielder position, Vlastimil Daníček was born in Czech Republic. Having made his senior debut playing for FC Slovácko in the 2010 - 2011 season, the skilful Midfielder has contributed 7 league goals in this First League 2020 - 2021 season so far in a total of 20 appearances.

While we have made these predictions for FC Slovácko v Mladá Boleslav for this match preview with the best of intentions, no profits are guaranteed. Always gamble responsibly, and with what you can afford to lose. Good luck!