Scroll down to see all of the predictions, poll and statistics for FC Slovácko v Slovan Liberec including the latest game odds.

FC Slovácko will play in this match after a 0-0 First League draw versus Sigma Olomouc.

Three or more goals per game were seen in 5 of the last 6 fixtures where FC Slovácko have taken part. Opposition teams scored 6 of them in this period whereas Slovácko bagged a total of 13.

Coming into this meeting, FC Slovácko have not beaten Slovan Liberec in their previous 2 matches in the league.

In their previous game, Slovan Liberec drew 0-0 in the First League tie with Baník Ostrava.

In the course of their six most recent matches, Pavel Hoftych's Slovan Liberec have turned their attacks into goals a total of 10 times thus earning them a goals scored per game average of 1.67.

A glance at their most recent head to head clashes stretching back to 31/03/2018 shows that FC Slovácko have won 1 of these games & Slovan Liberec 4, with the number of drawn games standing at 1.

A sum of 17 goals were scored between them in this period, with 7 of them from Slovácko and 10 for Modrobílí. That’s an average goals per game of 2.83.

The previous league meeting between these clubs was First League match day 10 on 07/12/2020 when it finished Slovan Liberec 1-1 FC Slovácko.

The match was refereed by Pavel Rejžek.

Regarding absentees, there’s just the sole fitness concern for the FC Slovácko boss Martin Svědík to be concerned about thanks to an otherwise robust group of players. Michal Tomic (Knee Problems) is out of contention.

Due to a mostly full-strength group, there is just the sole fitness worry for the Slovan Liberec manager Pavel Hoftych to be concerned about. Mohamed Tijani (Knee Surgery) won’t be playing here.

We think that Slovan Liberec could well find it tough to register a score against this FC Slovácko lineup who will likely end up scoring and staying ahead.

We’re therefore anticipating a narrow 1-0 winning margin for FC Slovácko at the end of the 90 minutes. 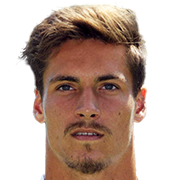 Regularly played in the Centre Midfield position, Lukáš Sadílek was born in Czech Republic. Having made a first senior appearance for FC Slovácko in the 2014 - 2015 season, the goalscoring Midfielder has struck 5 league goals in this First League 2020 - 2021 campaign to date in a total of 23 appearances.

We have made these FC Slovácko v Slovan Liberec predictions for this match preview with the best intentions, but no profits are guaranteed. Please always gamble responsibly, only with money that you can afford to lose. Best of luck with your selections.