Full predictions, pre-match stats and user poll for Sparta Prague v FC Slovácko are shown on this page - along with the latest match odds.

Sparta Prague will be looking for an improved result here after a 3-0 First League loss in their previous game against Viktoria Plzeň.

It has been a rare occasion in recent games where Sparta Prague have shown defensive steel. The facts show that Sparta Prague have been scored against in 5 of their previous 6 matches, giving up 8 goals along the way. We will just have to find out whether or not that trend will end up being sustained into this next match.

Coming into this meeting, Sparta Prague are unbeaten in their last 25 league matches at home. So impressive.

After a loss in their previous game against Slavia Prague in First League action, FC Slovácko and their travelling supporters will be hoping that they can get a better result in this one.

Demonstrating their penchant for fruitful encounters, we’ve had goals 21 times in the previous six games in which FC Slovácko have taken to the pitch, yielding an average of 3.5 goals for each clash. Their opponents have hit 11 of this grand total.

An examination of their most recent head to head clashes dating back to 14/07/2019 shows us that Sparta Prague have won 4 of them & FC Slovácko 2, with the number of draws standing at 0.

A combined sum of 16 goals were produced between them during those clashes, with 8 of them from Železná Sparta and 8 for Slovácko. That is an average goals per game value of 2.67.

The previous league clash featuring the two was First League match day 29 on 17/04/2022 which ended up with the score at Sparta Prague 3-1 FC Slovácko.

The referee was Ladislav Szikszay.

With a completely healthy squad available to select from, the FC Slovácko boss Martin Svědík does not have any fitness concerns at all ahead of this clash.

Looking at these two teams, we feel that Sparta Prague can fashion enough chances to find the net more than once while possibly not conceding when they come up against FC Slovácko, who may well find it hard scoring.

We can therefore see a 2-0 victory for Sparta Prague when all’s said and done. 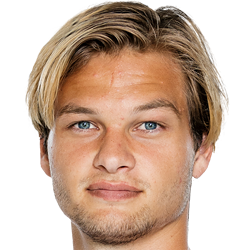 Mostly taking to the field in the Striker position, Matěj Pulkrab was born in Prague, Czech Republic. Having made his senior debut playing for Slovan Liberec in the 2015 - 2016 season, the goalscoring Forward has struck 7 league goals in the First League 2021 - 2022 season so far coming from a total of 19 appearances.

While we have made these predictions for Sparta Prague v FC Slovácko for this match preview with the best of intentions, no profits are guaranteed. Always gamble responsibly, and with what you can afford to lose. Good luck!