Union Berlin will visit Veltins-Arena on Sunday for the Bundesliga 1 clash with hosts Schalke.

For all of our match predictions, pre-game poll and statistics for Schalke v Union Berlin, scroll down (including the best match odds).

Schalke will be looking to improve on their last outing here after a 4-0 Bundesliga 1 loss in their previous game against RB Leipzig.

Three or more goals per match were recorded in 6 of the past 6 meetings where Schalke have taken part. Opposing sides scored 25 times in these games whereas Schalke amassed a tally of 3. We will find out if that trend will end up being sustained in this game.

Ahead of this meeting, Schalke are without a home win in the past 8 matches in the league. Something needs to change.

Union Berlin head into the game after a 4-0 Bundesliga 1 win over Mainz in their last outing.

Urs Fischer's Union Berlin have converted a total of 10 times throughout their latest six matches. The overall goals that they have conceded during those same matches adds up to 8.

Coming into this meeting, Union Berlin are without a win away from home in their last 2 league games.

Amine Harit (Corona virus), Ralf Fährmann (Tear in the abductor muscle) and Suat Serdar (Hamstring Injury) won’t be playing for Schalke . Ozan Kabak will not be able to play in this game through being suspended.

We believe that Union Berlin and Schalke won’t have much between them here, and goals could be hard to come by.

Let’s see how this one goes, but it looks this could be a game with minimal goal-scoring opportunities. We’re therefore tipping a tight encounter, finishing with a 0-0 draw at the end of the match.

Over/Under 2.5 Goals Prediction for Schalke vs Union Berlin
Under 2.5 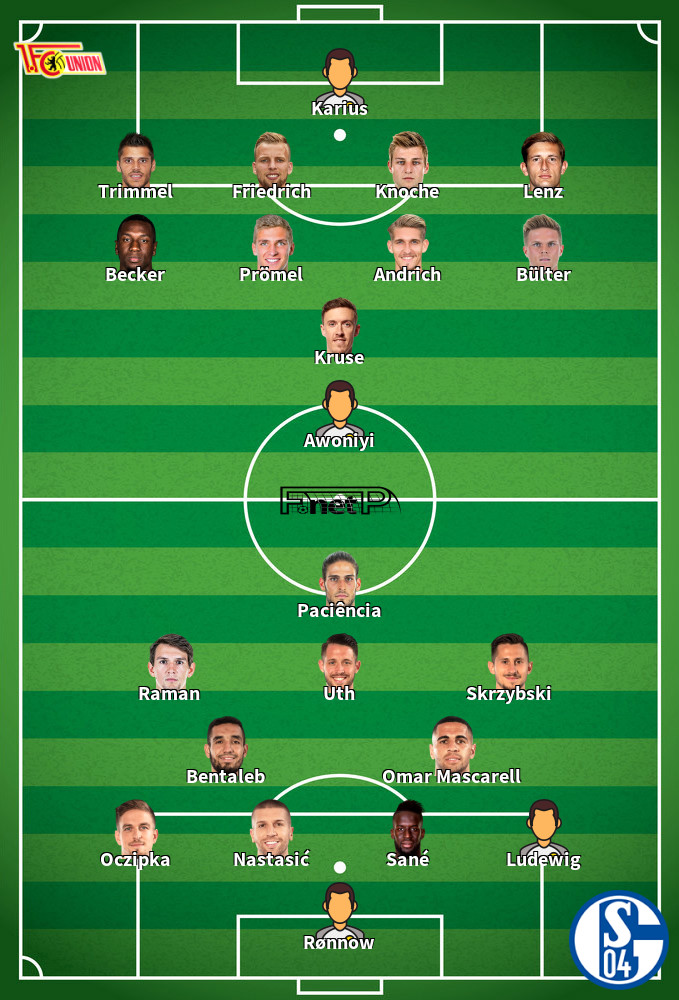 We have made these Schalke v Union Berlin predictions for this match preview with the best intentions, but no profits are guaranteed. Please always gamble responsibly, only with money that you can afford to lose. Best of luck with your selections.