Union Berlin host the visiting Hertha Berlin at Stadion An der Alten Försterei in the Bundesliga 1 meeting on Saturday.

Our Union Berlin v Hertha Berlin predictions, statistics and match poll can be seen below - as well as the best betting odds.

Union Berlin prepare for this match coming off the back of a 2-2 Bundesliga 1 draw vs Cologne.

In that match, Union Berlin managed 30% possession and 10 shots on goal with 3 on target. For Union Berlin, the goals were scored by Julian Ryerson (9') and Grischa Prömel (45'). For their opponents, 1. FC Köln had 18 attempts at goal with 5 on target. Anthony Modeste (7', 86') scored for Cologne.

Union Berlin have been on a persistent run of goalscoring form, hitting the target in one hundred percent of their last 6 games.

They have totted up the amount of 10 during that time while seeing the number of goals scored against them stand at 14.

Ahead of this meeting, Union Berlin have left without a victory over Hertha Berlin in their previous 3 matches in the league.

In their previous fixture, Hertha Berlin drew 1-1 in the Bundesliga 1 tie with Bayer Leverkusen.

Looking at their form, and Hertha Berlin have been scored against in 5 of their last 6 games, with opponents netting 7 goals in all. At the back, Hertha Berlin certainly have room for improvement. With no two games being the same, it remains to be seen if that trend might persist in this match.

Heading into this fixture, Hertha Berlin have not won against Union Berlin in games played away from home for the previous 2 league games.

A look at their prior head to head meetings going back to 03/09/2012 tells us that Union Berlin have won 1 of them and Hertha Berlin 3, with the number of drawn matches standing at 2.

18 goals were produced between them throughout the course of those matches, with 6 for Union and 12 being from Hertha. The average goals per game has been 3.

The previous league meeting featuring these clubs was Bundesliga 1 match day 27 on 04/04/2021 and the score finished Union Berlin 1-1 Hertha Berlin.

On that occasion, Union Berlin managed 58% possession and 13 attempts on goal with 3 of them on target. Their only player to score was Robert Andrich (9').

Hertha Berlin got 4 attempts on goal with 1 of them on target. Dodi Lukébakio (35') was the scorer.

The Union Berlin manager Urs Fischer will be grateful to have no fitness concerns at all ahead of this clash with a fully injury-free squad available for selection.

With a completely healthy group ready to go, the Hertha Berlin boss Pál Dárdai has no fitness worries to speak of ahead of this match.

We’re of the opinion that Hertha Berlin will need to put in a solid display to breach the defence of this Union Berlin side who we think will likely score at least once to gain the upper hand.

That’s why our selection here is for a very even contest with a 1-0 advantage for Union Berlin when the referee blows for full-time. 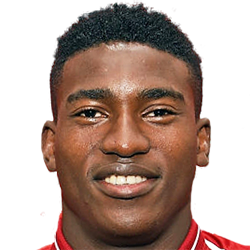 Mostly playing in the Striker position, Taiwo Awoniyi was born in Ilorin, Nigeria. After having made a senior debut playing for FSV Frankfurt in the 2015 - 2016 season, the gifted Forward has netted 7 league goals in the Bundesliga 2021 - 2022 campaign so far coming from a total of 11 appearances.

While we have made these predictions for Union Berlin v Hertha Berlin for this match preview with the best of intentions, no profits are guaranteed. Always gamble responsibly, and with what you can afford to lose. Best of luck with your selections.