View all Freiburg v Union Berlin tips, stats and our pre-match poll below - as well as up-to-date odds.

Freiburg prepare for this match following on from a 0-0 Bundesliga 1 drawn game vs Werder Bremen.

It has been all too rare in recent times where Freiburg have managed to hold out for a full 90 minutes. The reality is that Freiburg have seen their defence breached in 5 of their previous 6 clashes, leaking 9 goals during that time. Let’s see whether or not that trend will end up being sustained in this game.

Looking at the pre-match facts, Freiburg:

In their previous fixture, Union Berlin drew 0-0 in the Bundesliga 1 match with Schalke.

Over the course of 5 of the prior 6 clashes featuring Union Berlin, a notably low volume of goals have been hit between them and opposing teams. The overall average number of goals per game during that period works out to a mere 1.33, with the number of goals averaged by Union equalling 0.5.

Heading into this fixture, Union Berlin are without a win away from home in their last 3 matches in the league.

Inspecting their most recent head-to-head meetings dating back to 05/12/2015 shows us that Freiburg have won 2 of these & Union Berlin 3, with the number of drawn games standing at 1.

A combined sum of 18 goals were scored between the two sides during those clashes, with 9 for Freiburg and 9 created by Union. That is an average goals per game value of 3.

The previous league fixture featuring the two was Bundesliga 1 match day 5 on 24/10/2020 when the final score was Union Berlin 1-1 Freiburg.

That day, Union Berlin managed 50% possession and 18 attempts on goal with 7 on target. Their only player to score was Robert Andrich (36').

Freiburg had 8 attempts on goal with 4 on target. Vincenzo Grifo (34') scored.

We feel that over the course of the game, Union Berlin may find it difficult to break down this Freiburg outfit who we think will just have the edge.

We’re therefore seeing a highly competitive game with a 1-0 win for Freiburg after 90 minutes. 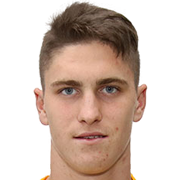 Usually playing in the Central Attacking Midfielder position, Roland Sallai was born in Székesfehérvár, Hungary. Having made a first senior appearance for Puskás Akadémia in the 2014 - 2015 season, the skilful Midfielder has scored a sum of 5 league goals in this Bundesliga 1 2020 - 2021 season to date in a total of 16 appearances.

While we have made these predictions for Freiburg v Union Berlin for this match preview with the best of intentions, no profits are guaranteed. Always gamble responsibly, and with what you can afford to lose. Good luck!