The Sparta Prague v FK Příbram live stream video is set for broadcast on 27/02/2021. Football fans can watch the fixture on a live streaming service if this match is featured in the schedule mentioned above. Here we give useful info for watching this First League game including the most recent guide to form, head to head clashes and our game tips.

To view the match using alternative sources, check TV channel schedules relating to your local region. These broadcasting deals are generally granted on a per-competition/league or even per-fixture arrangement basis. For matches shown live on regional tv programmes, check the listings on channels including BT Sport, Amazon Prime Video, Sky Sports, Now TV, iTV, Canal+, Fox Soccer, ESPN relevant to where you are.

Where the abovementioned broadcaster is showing Sparta Prague v FK Příbram football live streaming service, you can see it on a mobile (iPhone, Android including Infinix) and desktop or tablet (eg iPad, Venturer).

Post-game, we might also link to highlights from time to time. We aren’t responsible for the transmission of any match video content linked to from here. All legal complaints must be directed to the hosters/owners of this content.

FK Příbram make the trip to Generali Arena on Sunday for the First League meeting with home team Sparta Prague.

All of our predictions, stats and the user poll for Sparta Prague v FK Příbram are shown below - as well as up-to-date odds.

Sparta Prague are hoping to win again after their last result, a 0-3 First League triumph vs Tescoma Zlín.

Matches involving Sparta Prague have often been absorbing ones recently with high scoring being a real hallmark. Over their past six games, a grand total of 20 goals have flown in for both sides combined (at an average of 3.33 goals per game) with 14 of those being chalked up by Železná Sparta. We will just have to see if that trend will be continued on into this next match.

Going into this one, Sparta Prague have not lost a league tie with FK Příbram in their last 15 matches. A very long run.

After being beaten in their last game against FC Slovácko in First League action, FK Příbram and their travelling supporters will be hoping that they can get a better result in this one.

Looking at their form, and FK Příbram have been scored against in 5 of their last 6 games, seeing their opponents hit 12 goals overall. In defence, Příbram just haven’t been too solid at all.

Their prior results show that FK Příbram:

Delving into past results between these clubs stretching back to 28/04/2017 shows that these encounters have been a source of anguish for FK Příbram. They have not been able to register any victories whatsoever while Sparta Prague have managed to find a way, getting wins in 67 per cent of those games played.

A combined total of 17 goals were shared by the two clubs in these games, with 12 of them from Železná Sparta and 5 being from Příbram. That is an average goals per game value of 2.83.

The previous league encounter between these clubs was First League match day 5 on 27/09/2020 which finished with the scoreline of FK Příbram 1-3 Sparta Prague.

Due to a completely injury-free group to pick from, FK Příbram manager Pavel Horváth does not have any fitness worries to speak of coming into this clash.

We’ve got the feeling that Sparta Prague look set to get amongst the goals when they face FK Příbram, who will be up against it to break down their defence.

We reckon that it will be a controlled 2-0 winning score for Sparta Prague after 90 minutes. 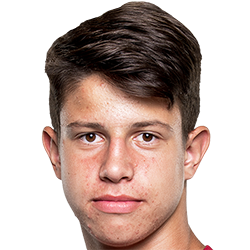 Normally deployed in the Striker position, Adam Hložek was born in Ivančice, Czech Republic. Having made his senior debut playing for Sparta Prague in the 2018 - 2019 season, the talented Forward has hit 4 league goals in this First League 2020 - 2021 campaign to date in a total of 6 appearances.

We have made these Sparta Prague v FK Příbram predictions for this match preview with the best intentions, but no profits are guaranteed. Please always gamble responsibly, only with money that you can afford to lose.

⚽️ Where can I find the tips for other First League matches?

View all of the next (and previous) First League predictions & previews here.