Bayer Leverkusen will visit Opel Arena on Saturday for the Bundesliga 1 game with hosts Mainz.

Our tips, poll and stats for Mainz v Bayer Leverkusen can all be found here including the latest game odds.

Mainz will be looking for an improved result here following a 4-0 Bundesliga 1 loss in their previous game against Union Berlin.

At least three goals per game have been seen in 5 of the last 6 fixtures where Mainz have taken part. Opposition teams scored 14 times in these games whereas Mainz totted up 10. Such a pattern won’t necessarily follow through here, though.

Going into this one, Mainz have not beaten Bayer Leverkusen in their previous 5 matches in the league.

In their previous fixture, Bayer Leverkusen drew 1-1 in the Bundesliga 1 match with Stuttgart.

A sequence of effective showings by the Bayer Leverkusen defenders has resulted in the number of goals they’ve conceded amounting to 4 from their past 6 fixtures in total. Over that same time, their own forwards have managed to score 11.

Checking on their past head to head meetings dating back to 09/09/2017 tells us that Mainz have won 1 of these & Bayer Leverkusen 5, with the tally of drawn games standing at 0.

A combined total of 15 goals were yielded between them in these games, with 4 from Mainz and 11 netted by Leverkusen. That’s an average goals per game figure of 2.5.

Mainz manager doesn’t have any fitness worries whatsoever coming into this match with a completely injury-free squad to choose from.

With a completely healthy group available to select from, Bayer Leverkusen manager Peter Bosz has zero fitness worries at all ahead of this clash.

Mainz are dangerous enough to score a goal against this Bayer Leverkusen outfit, although one goal probably won’t prevent them from conceding a couple at the other end.

We’re therefore tipping a very close game with a 1-2 advantage for Bayer Leverkusen when the referee blows the final whistle. Let’s wait and see how it plays out.

Both Teams to Score Prediction for Mainz vs Bayer Leverkusen
Yes 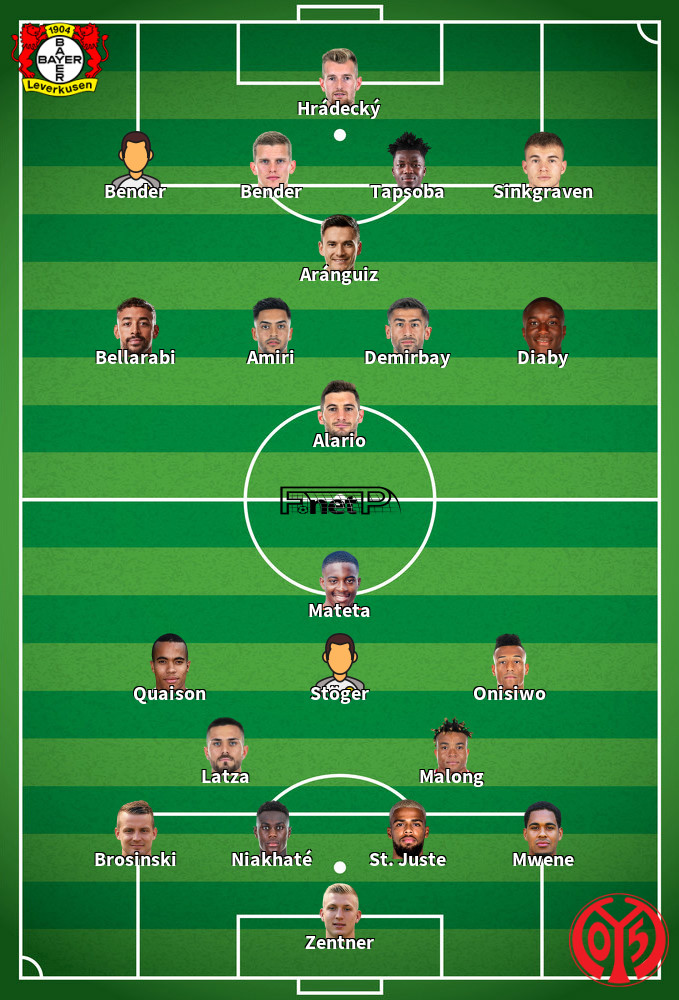 While we have made these predictions for Mainz v Bayer Leverkusen for this match preview with the best of intentions, no profits are guaranteed. Always gamble responsibly, and with what you can afford to lose. Good luck if you do place a bet today.