Gladbach play host to visiting club Mainz at Borussia-Park in this Bundesliga 1 clash on Saturday.

All Gladbach v Mainz game predictions, stats and user poll are shown below - as well as the best betting odds.

Gladbach will play in this match following on from a 0-0 Bundesliga 1 drawn game against VfL Wolfsburg.

In their last 6 games, Marco Rose's Borussia Mönchengladbach have seen rewards for their attempts on goal 9 times which gives them an average number of goals per match equal to 1.5.

Ahead of this meeting, Borussia Mönchengladbach haven't been beaten in the league by Mainz in their previous 9 matches. A decent run, indeed.

In their previous fixture, Mainz drew 2-2 in the Bundesliga 1 tie with Bayer Leverkusen.

The numbers tell their own story, and Mainz have been scored against in 5 of their last 6 matches, letting opponents get 9 goals in total. At the back, Mainz certainly have room for improvement. We shall soon see if that trend can be sustained into this next match.

Their prior results show that Mainz:

Checking on their past head to head meetings going back to 01/04/2018 shows that these encounters have been miserable for Mainz. They’ve not managed to get themselves any wins whatsoever whereas Gladbach have been dominant against them, finishing as winners in 83 per cent of those games played.

A sum of 18 goals were shared by the two clubs in this period, with 14 of them for Gladbach and 4 netted by Mainz. That’s an average goals per game figure of 3.

The last league fixture featuring these clubs was Bundesliga 1 match day 5 on 24/10/2020 when it ended Mainz 2-3 Borussia Mönchengladbach.

Mainz must be fancied to find the back of the net against this Gladbach side, although it might not quite be as many as they’ll concede.

Our tip is for a 2-1 win for Gladbach when all is said and done. It really should be an interesting one. 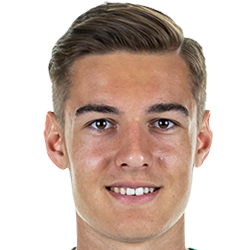 Typically deployed in the Centre Midfield position, Florian Neuhaus was born in Germany. After having played his first senior match for 1860 Munich in the 2016 - 2017 season, the gifted Midfielder has bagged 4 league goals in this Bundesliga 1 2020 - 2021 campaign so far coming from a total of 20 appearances.

While we have made these predictions for Gladbach v Mainz for this match preview with the best of intentions, no profits are guaranteed. Always gamble responsibly, and with what you can afford to lose. Good luck if you do place a bet today.