Hertha Berlin arrive at Opel Arena on Monday for the Bundesliga 1 meeting with home side Mainz.

All Mainz v Hertha Berlin match predictions, user poll and stats are shown below - plus the latest betting odds.

Mainz are hoping to win again after their last result, a 2-1 Bundesliga 1 success versus Bayern Munich.

In that game, Mainz managed 27% possession and 6 attempts on goal with 3 on target. For Mainz, goals were scored by Jonathan Burkardt (3') and Robin Quaison (37'). At the other end, Bayern München had 15 attempts at goal with 4 of them on target. Robert Lewandowski (94') scored for Bayern Munich.

Mainz haven’t been able to stop scoring goals, finding the back of the net in one hundred percent of their last 6 matches.

They’ve managed to rack up 10 during that time while seeing the number of goals scored against them stand at 5. We shall soon see if that trend can be continued on in this game.

Looking at the pre-match facts, Mainz:

In that game, Hertha Berlin had 62% possession and 23 shots at goal with 7 of them on target. For Hertha Berlin, the goals were scored by Santiago Ascacíbar (23') and Jhon Córdoba (49'). For their opponents, Borussia Mönchengladbach had 7 shots on goal with 4 of them on target. Alassane Pléa (27') and Lars Stindl (38') scored for Borussia Mönchengladbach.

The stats don’t lie, and Hertha Berlin have been scored against in 5 of their last 6 games, seeing opposing sides hit 8 goals overall. Defensively, Hertha certainly have room for improvement.

A look at their previous results shows us that Hertha Berlin:

Looking over their prior head-to-head meetings dating back to 16/02/2018 shows us that Mainz have won 3 of these games & Hertha Berlin 1, with the tally of draws standing at 2.

A total of 12 goals were scored between them throughout the course of those matches, with 8 for Mainz and 4 belonging to Hertha. The average number of goals per game works out to 2.

The last league meeting featuring these clubs was Bundesliga 1 match day 12 on 15/12/2020 when it ended Hertha Berlin 0-0 Mainz.

The referee was Matthias Jöllenbeck.

Looking at personnel, there is just the sole fitness concern for the Mainz manager Bo Svensson to be concerned about thanks to an otherwise robust group. Luca Kilian (Hamstring Injury) misses out.

We think that Hertha Berlin may find it difficult to be putting a goal past this Mainz outfit who we reckon should score one, at least.

We’re therefore tipping a highly competitive game with a 1-0 advantage for Mainz at the end of the 90. 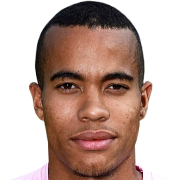 Usually playing in the Striker position, Robin Quaison was born in Stockholm, Sweden. Having played his first senior match for AIK in the 2012 season, the gifted Forward has managed to score 4 league goals in the Bundesliga 1 2020 - 2021 campaign to date coming from a total of 24 appearances.

We have made these Mainz v Hertha Berlin predictions for this match preview with the best intentions, but no profits are guaranteed. Please always gamble responsibly, only with money that you can afford to lose. Good luck with your selections.