Mainz head to Red Bull Arena on Saturday for the Bundesliga 1 tie with home side RB Leipzig.

All RB Leipzig v Mainz match predictions, user poll and stats are shown below - along with the latest match odds.

RB Leipzig will be looking for an improved result here after a 0-2 Bundesliga 1 defeat in their last game at the hands of Arminia Bielefeld.

Heading into this fixture, RB Leipzig have left without a victory over Mainz in their last 2 league games.

Since suffering a loss in their previous game against Eintracht Frankfurt in Bundesliga 1 action, Mainz and their travelling supporters will be hoping that they can get a better result in this one.

Bo Svensson's Mainz have seen their goal attempts be successful 10 times throughout their latest six matches. The total of goals that have been scored against them during that period equals 6.

Looking at their most recent head to head clashes stretching back to 03/05/2019 shows us that RB Leipzig have won 3 of these games and Mainz 2, with the tally of drawn matches being 1.

Loads of goals were seen in those games, too - 29 in total which averages out at 4.83 goals per match.

In that game, Mainz had 28% possession and 8 shots at goal with 2 of them on target. The scorer was Moussa Niakhaté (12').

For their opponents, RB Leipzig got 13 attempts on goal with 2 on target.

Mainz manager Bo Svensson has to contend with a number of unavailable players. Moussa Niakhaté (Corona virus), Anderson Lucoqui (Medial Collateral Ligament Injury) and Ádám Szalai (Surgery) are names that won’t be on the team sheet.

In our view, Mainz must be fancied to find the back of the net against this RB Leipzig outfit, however it might not be enough to avoid defeat.

Our selection here is for a narrow 2-1 victory for RB Leipzig at the end of this one. 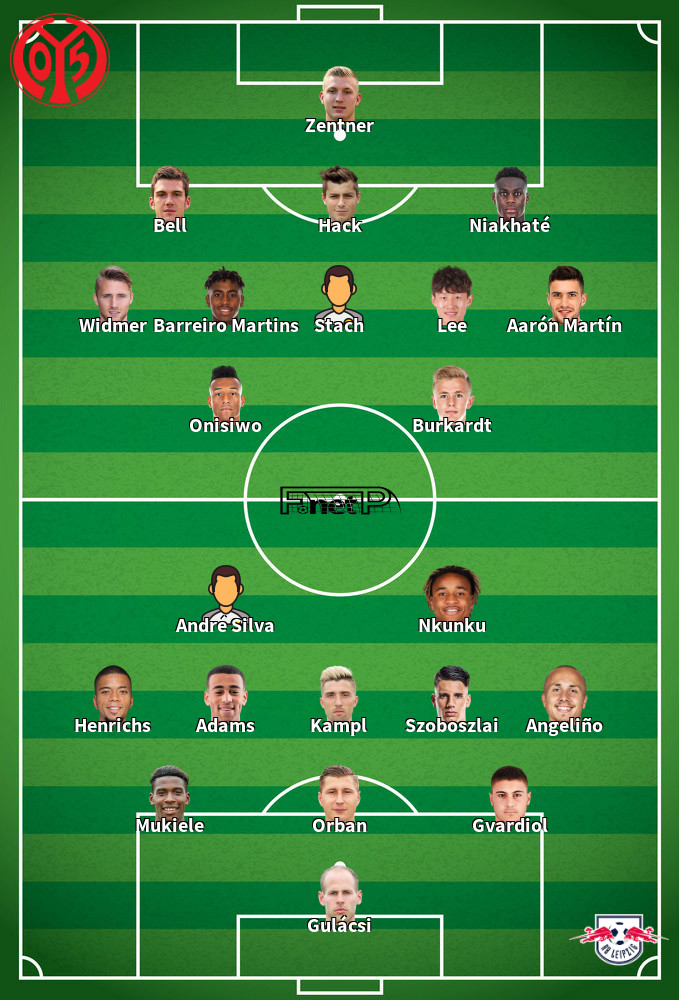 Regularly used in the Striker position, André Silva was born in Baguim do Monte, Portugal. Having made his senior debut playing for Porto in the 2015 - 2016 season, the accomplished Forward has netted 5 league goals in the Bundesliga 2021 - 2022 season to date from a total of 17 appearances.

While we have made these predictions for RB Leipzig v Mainz for this match preview with the best of intentions, no profits are guaranteed. Always gamble responsibly, and with what you can afford to lose. Good luck with your selections.