This Mainz v VfL Wolfsburg live stream video is set for broadcast on 16/01/2021. Soccer fans can watch the match on a live streaming service if this match is featured in the schedule provided above. Here we arm you with useful information for watching this Bundesliga 1 match that includes the most recent team form, head to head meetings and our game tips.

In order to watch the match using alternative sources, search for television schedules for your locality. These broadcasting contracts are generally allocated on a per-competition/league or even per-game arrangement basis. For matches shown live on regional tv programmes, check the listings on channels such as BT Sport, Amazon Prime Video, Sky Sports, Now TV, iTV, Canal+, Fox Soccer, ESPN relevant to your location.

Where the abovementioned broadcaster does broadcast a Mainz v VfL Wolfsburg football live streaming service, you’ll be able to see the game on mobile devices (iPhone, Android including Xiaomi) and PC as well as tablet (eg iPad, Venturer).

After the match finishes, we might also link to match highlights from time to time. We aren’t responsible for transmitting any game video content linked to from this site. All legal issues must be dealt with via the hosters/owners of this content.

The Bundesliga 1 match at Opel Arena on Tuesday will see home side Mainz up against VfL Wolfsburg.

Our Mainz v VfL Wolfsburg tips, poll and stats can be seen in full below - along with the latest match odds.

Mainz will be hoping to return to winning ways here following the 0-2 Bundesliga 1 defeat last time out to Eintracht Frankfurt.

Mainz have struggled with their forward play of late. Their goals record equals just 4 versus opposing sides over the course of their previous six fixtures. In those meetings, Mainz have also seen the number of goals that have gone against them come to 11. We will have to find out if that trend will end up being sustained in this game.

In their previous game, VfL Wolfsburg drew 2-2 in the Bundesliga 1 match with Union Berlin.

In that match, VfL Wolfsburg had 53% possession and 10 attempts at goal with 5 of them on target. For VfL Wolfsburg, goals were scored by Renato Steffen (10') and Wout Weghorst (65'). 1. FC Union Berlin had 13 attempts on goal with 6 on target. Sheraldo Becker (29') and Robert Andrich (52') scored for Union Berlin.

Oliver Glasner's VfL Wolfsburg have had reason to celebrate scoring 10 times in the course of their latest 6 matches. The overall goals that they have conceded during the equivalent period adds up to 7.

An examination of their most recent head-to-head clashes stretching back to 30/09/2017 shows that Mainz have won 0 of them & VfL Wolfsburg 3, with the tally of drawn results standing at 3.

12 goals were scored between them during those clashes, with 2 of them for Mainz and 10 created by Wolfsburg. The average number of goals per game works out to 2.

Mainz got 17 shots at goal with 3 on target.

There’s just the lone fitness concern for the Mainz boss Bo Svensson to contend with from an otherwise fully-primed group of players. Pierre Kunde Malong (Knee Surgery) is out of contention.

Wolfsburg boss Oliver Glasner has to choose from a squad that has some fitness concerns. Maximilian Philipp (Quarantine) and Jérôme Roussillon (Fitness) can’t be considered.

Our feeling is that Mainz will have their work cut out to register a score against this VfL Wolfsburg lineup who we think should be able to grind out a win.

We’re therefore anticipating a narrow 0-1 win for VfL Wolfsburg at the end of this one. 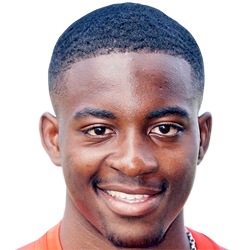 Regularly deployed in the Striker position, Jean-Philippe Mateta was born in France. Having played his first senior match for Lyon in the 2016 - 2017 season, the skilful Forward has struck 7 league goals in this Bundesliga 1 2020 - 2021 season to date in 15 appearances.

While we have made these predictions for Mainz v VfL Wolfsburg for this match preview with the best of intentions, no profits are guaranteed. Always gamble responsibly, and with what you can afford to lose. We wish you the best of luck.

⚽️ Where can I get the odds for other Bundesliga 1 games?

View all of the next (and previous) Bundesliga 1 predictions & previews here.