For all of our match predictions, pre-game poll and statistics for 1860 Munich v Oldenburg, scroll down - plus the latest betting odds.

1860 Munich will be hoping to bounce back here after a 0-3 DFB-Pokal losing effort in their last game against Borussia Dortmund.

Matches featuring 1860 Munich have tended to be entertaining encounters lately with plenty of scoring being the norm. Over their past six clashes, a grand total of 32 goals have gone in for both sides combined (at an average of 5.33 goals per game) with 19 of these accredited to 1860 Munich. It will be interesting to find out if that trend will end up being continued on into this next match.

Last time out, Oldenburg drew 1-1 in the 3rd Liga tie with Meppen.

The only player to score from Oldenburg was Manfred Starke (71'). Christoph Hemlein (17') was the scorer for Meppen.

When taking all factors into account, 1860 Munich are likely to stay in control for long periods of time and should be able to convert a few of the chances that they create.

At the other end, Oldenburg won’t find it easy to get shooting opportunities but do we see them hitting back at some stage here, too.

Our selection here is for a comfortable 3-1 victory for 1860 Munich at the end of the match. 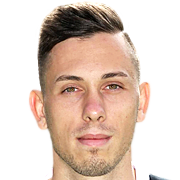 Normally taking up the Striker position, Marcel Bär was born in Germany. After having made a senior debut playing for Zwickau in the 2016 - 2017 season, the gifted Forward has hit 2 league goals in this 3. Liga 2022 - 2023 campaign to date coming from a total of 1 appearances.

We have made these 1860 Munich v Oldenburg predictions for this match preview with the best intentions, but no profits are guaranteed. Please always gamble responsibly, only with money that you can afford to lose. Best of luck with your selections.