Livingston will be hosting visiting team Aberdeen at Tony Macaroni Arena in the Premiership game on Saturday.

Livingston won’t want a repeat of their last result here following a 2-1 Premiership losing effort in their last game against Hibernian.

Three or more goals per game were seen in 5 of the last 6 fixtures where Livingston have taken part. Opposing sides scored 13 times in this period whereas Livi Lions bagged a total of 8. We will just have to see if that trend will be continued on here.

A look at their previous results shows us that Livingston:

Since tasting defeat last time out to Dundee United in Scottish Cup action, Aberdeen will be aiming to make amends here.

In the course of their six previous matches, Stephen Glass's Aberdeen have slotted home 5 times thus earning them a goals scored per game average of 0.83.

Going into this encounter, Aberdeen haven't been defeated by Livingston when they've played them away from home in the last 5 league games. Away fans have certainly had plenty to cheer about.

A review of their prior head-to-head meetings stretching back to 21/09/2019 tells us that Livingston have won 1 of these & Aberdeen 3, with the number of drawn games being 2.

A sum of 14 goals were yielded between them in these games, with 6 of them for Livi Lions and 8 netted by The Dons. The average number of goals per game works out to 2.33.

Livingston manager David Martindale has a full complement, with no fitness worries to speak of coming into this clash thanks to a fully injury-free group available to select from.

Aberdeen boss Stephen Glass has to choose from a squad that has some fitness concerns. Michael Devlin (Ankle Surgery), Joe Lewis (Bruised Rib) and Ryan Hedges (Muscle Injury) are those who can’t be considered.

Our feeling is that Aberdeen and Livingston are probably both going to find scoring goals difficult here.

That’s why we have predicted a very close game with a 0-0 score after 90 minutes. 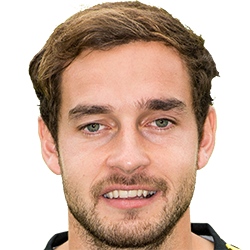 Customarily taking up the Centre Midfield position, Scott Pittman was born in Scotland. Having made a first senior appearance for Livingston in the 2014 - 2015 season, the accomplished Midfielder has contributed 7 league goals in the Premiership 2020 - 2021 season to date coming from a total of 35 appearances.

We have made these Livingston v Aberdeen predictions for this match preview with the best intentions, but no profits are guaranteed. Please always gamble responsibly, only with money that you can afford to lose. Best of luck with your selections.