Aberdeen head to Fir Park Stadium on Saturday for the Premiership fixture with home side Motherwell.

Motherwell are hoping to win again following the 1-0 Premiership success versus Dundee.

Over their prior 6 games, Graham Alexander's Motherwell have netted a combined total of 8 times resulting in an average number of goals scored per match of 1.33.

Heading into this contest, Motherwell have not beaten Aberdeen in their previous 2 league games.

In their last fixture, Aberdeen drew 1-1 in the Premiership tie with Ross County.

Aberdeen have regularly broken through opposing defences of late, scoring 6 goals in their previous 6 matches. This doesn’t mask the fact that Aberdeen can also improve defensively after being scored against in 6 of those same games. Such a pattern might not be sustained into this game, of course.

Going into this game, the form guide shows that Aberdeen:

A glance at their past head-to-head clashes going back to 03/04/2019 shows that Motherwell have won 2 of these and Aberdeen 3, with the number of drawn results being 1.

An aggregate of 13 goals were scored between the two sides during those clashes, with 5 of them for The Steelmen and 8 being from The Dons. That is an average goals per game value of 2.17.

The Motherwell boss Graham Alexander will be grateful to have no fitness concerns at all coming into this match with a fully injury-free squad available for selection.

Out of a mainly full-strength group, there’s only the lone fitness issue for the Aberdeen gaffer Stephen Glass to be concerned with. Michael Devlin (Ankle Surgery) won’t be in action.

Our thinking is that Aberdeen and Motherwell may well end up cancelling each other out here.

It could well end in a draw. We’re therefore predicting a tight encounter, finishing with a 1-1 score at the end of the match. 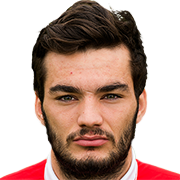 Normally deployed in the Striker position, Tony Watt was born in Coatbridge, Scotland. After making a first senior appearance for Airdrie United in the 2010 - 2011 season, the gifted Forward has contributed 3 league goals in this Premiership 2021 - 2022 season to date coming from a total of 4 appearances.

We have made these Motherwell v Aberdeen predictions for this match preview with the best intentions, but no profits are guaranteed. Please always gamble responsibly, only with money that you can afford to lose.