Aberdeen will arrive at Global Energy Stadium on Saturday for the Premiership meeting with hosts Ross County.

All Ross County v Aberdeen match predictions, user poll and stats are shown below - as well as the best betting odds.

Ross County will be hoping to bounce back here after a 3-1 Premiership losing effort in their last game against Livingston.

Fewer than three goals per match were seen in 5 of the past 6 meetings where Ross County have been participants. In terms of the goal distribution in that period, opposing sides scored a total of 10 while The Staggies got themselves 4. That trend might not be continued into this next game, of course.

After a losing effort in their last game against Rangers in Premiership action, Aberdeen and their travelling supporters will be hoping that they can get a better result in this one.

In that match, Aberdeen had 20% possession and 4 attempts at goal with 2 on target. The only player to score for Aberdeen was Matty Kennedy (67'). Rangers got 17 shots at goal with 7 on target. Alfredo Morelos (32', 50') scored for Rangers.

A succession of resolute performances from the Aberdeen defence has resulted in their ‘goals against’ tally amounting to 3 from their last 6 fixtures in total. During the same time, the number of goals that they have scored themselves is 7.

Going into this contest, Aberdeen have not been beaten by Ross County when having played them away from home in the previous 4 matches in the league. Travelling fans have really enjoyed these clashes.

Checking on their most recent head-to-head meetings going back to 31/01/2018 shows that Ross County have won 1 of these and Aberdeen 5, with the number of drawn matches standing at 0.

An aggregate of 21 goals were shared by the two clubs during those clashes, with 5 for The Staggies and 16 being from The Dons. The average number of goals per game works out to 3.5.

Due to a mostly full-strength group, there is just the sole fitness problem for the Aberdeen gaffer Derek McInnes to be concerned with. Michael Devlin (Ankle Surgery) misses out for this game.

We’re of the view that Ross County might well have a job on their hands to get anything against this Aberdeen lineup who should be able to get on the scoresheet themselves in a winning performance.

We’re therefore seeing a narrow 0-1 win for Aberdeen when the full-time whistle blows. 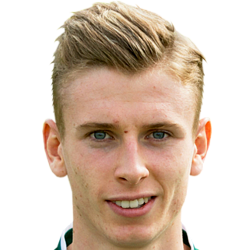 Mostly taking up the Striker position, Oli Shaw was born in Edinburgh, Scotland. After having played his first senior match for Stenhousemuir in the 2016 - 2017 season, the skilful Forward has netted 3 league goals in the Premiership 2020 - 2021 campaign so far in 15 appearances.

While we have made these predictions for Ross County v Aberdeen for this match preview with the best of intentions, no profits are guaranteed. Always gamble responsibly, and with what you can afford to lose. Good luck with your selections.