Return to this page a few days before the scheduled game when this expired prediction will be updated with our full preview and tips for the next match between these teams.
Full-Time Result Prediction
👉
AC Ajaccio to Win

The Ligue 2 tie at Stade François-Coty on Saturday sees home side AC Ajaccio go into battle with AJ Auxerre.

All AC Ajaccio v AJ Auxerre game predictions, stats and user poll are shown below - along with the latest match odds.

AC Ajaccio will be looking for another win after the 1-0 Ligue 2 success over Grenoble.

The only name on the scoresheet from AC Ajaccio was Riad Nouri (49').

AC Ajaccio haven’t made the most of their chances in recent times. Their goals record equals just 4 against opposition teams over the course of their previous 6 fixtures. In those games, AC Ajaccio have also seen the number of goals scored against them total 1. Such a pattern isn’t assured to be sustained into this match, however.

Their prior results show that AC Ajaccio:

AJ Auxerre will go into this game following a 0-1 Ligue 2 win as they beat Grenoble in their previous game.

The only name on the scoresheet from AJ Auxerre was Gaëtan Charbonnier (31').

Over the course of their last 6 outings, AJ Auxerre have bagged a tally of 9 goals. AJ Auxerre have also scored on each one of those occasions. During those fixtures, their defenders have seen 11 goals go into their own net.

Going into this game, the form guide shows that AJ Auxerre:

An examination of their past head to head clashes going back to 22/02/2019 shows that AC Ajaccio have won 1 of them & AJ Auxerre 3, with the number of drawn games standing at 2.

A combined sum of 18 goals were scored between them during those clashes, with 6 from L 'Ours and 12 being from AJA. That’s an average goals per game of 3.

The previous league fixture between these clubs was Ligue 2 match day 3 on 07/08/2021 which finished with the scoreline of AJ Auxerre 0-0 AC Ajaccio.

The AC Ajaccio boss Olivier Pantaloni has zero fitness concerns to speak of ahead of this match owing to a completely injury-free squad available for selection.

Thanks to a largely available group of players, there is only the sole fitness issue for the AJ Auxerre manager Jean-Marc Furlan to be concerned about. Ousoumane Camara (Cruciate Ligament Rupture) won’t be in action.

We believe that AJ Auxerre could find themselves struggling to put one past this AC Ajaccio team who will likely get the vital goal that wins it.

We’re therefore seeing a very competitive game with a 1-0 win for AC Ajaccio at the end of the 90. 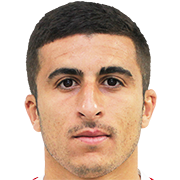 Regularly deployed in the Right Attacking Midfielder position, Riad Nouri was born in France. After having played his first senior match for FC Istres in the 2009 - 2010 season, the accomplished Midfielder has accumulated 5 league goals in this Ligue 2 2021 - 2022 season to date in a total of 19 appearances.

While we have made these predictions for AC Ajaccio v AJ Auxerre for this match preview with the best of intentions, no profits are guaranteed. Always gamble responsibly, and with what you can afford to lose. Good luck!