AC Horsens are going up against away side FC Nordsjælland at CASA Arena Horsens in the Superliga clash on Friday.

Scroll down to see all of the predictions, poll and statistics for AC Horsens v FC Nordsjælland - plus the latest betting odds.

AC Horsens will be hoping to bounce back here following the 2-1 Superliga loss in their previous game against Viborg FF.

In that match, AC Horsens had 40% possession and 8 attempts on goal with 3 on target. The scorer for AC Horsens was Magnus Riisgaard Jensen (93'). On the other side, Viborg got 18 shots at goal with 7 on target. Justin Lonwijk (9') and Ibrahim Said (20') scored for Viborg FF.

It has been a rare occasion in recent times where AC Horsens haven’t conceded. In fact, AC Horsens have been scored against in 6 of their previous 6 clashes, letting in 10 goals on the way. That pattern might not follow through into this game, though.

Looking at their past form shows that AC Horsens:

In their last fixture, FC Nordsjælland drew 1-1 in the Superliga tie with FC Midtjylland.

Flemming Pedersen's FC Nordsjælland have found the back of the net 8 times throughout their latest sextet of matches. The number of goals that they have conceded during those same clashes adds up to 6.

Analysis of their past results shows that FC Nordsjælland:

A glance at their most recent head to head clashes stretching back to 26/08/2018 shows us that AC Horsens have won 1 of these games & FC Nordsjælland 2, with the tally of drawn games being 3.

Those games weren’t short on goals, either, with 22 overall which averages out at 3.67 goals per match.

The last league match featuring these sides was Superliga match day 20 on 07/03/2021 and the score finished FC Nordsjælland 2-2 AC Horsens.

The AC Horsens manager Jens Berthel Askou does not have any fitness concerns at all before this match thanks to a completely injury-free squad ready to go.

Due to a fully healthy squad to choose from, the FC Nordsjælland boss Flemming Pedersen doesn’t have any fitness concerns to speak of coming into this match.

We’re thinking that AC Horsens will have their work cut out to break down this FC Nordsjælland side who we think might manage to score & go ahead.

We’re therefore tipping a highly competitive game with a 0-1 winning score for FC Nordsjælland at the end of this one. 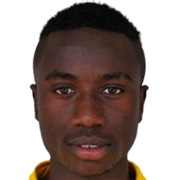 Typically used in the Right Wing position, Lubambo Musonda was born in Lusaka, Zambia. After having made a senior debut playing for Śląsk Wrocław in the 2018 - 2019 season, the goalscoring Forward has bagged 2 league goals in the Superliga 2022 - 2023 campaign to date coming from a total of 8 appearances.

We have made these AC Horsens v FC Nordsjælland predictions for this match preview with the best intentions, but no profits are guaranteed. Please always gamble responsibly, only with money that you can afford to lose. Best of luck.