The Lyngby BK v AC Horsens live stream video is scheduled for broadcast on 09/05/2021. Fans of both clubs can watch this game on a live streaming service should the game be featured in the schedule mentioned above. Here we arm you with helpful information for watching this Superliga match including the most recent guide to form, head to head clashes and our match views.

To view the match via other methods, search for broadcasters’ listings for your locality. These broadcasting rights are typically distributed on a per-competition/league or even single fixture level. For games shown live on regional tv programmes, check the listings on channels including BT Sport, Amazon Prime Video, Sky Sports, Now TV, iTV, Canal+, Fox Soccer, ESPN that are relevant for your location.

When the abovementioned broadcaster is showing Lyngby BK v AC Horsens soccer live streaming coverage, you’ll be able to watch it on your mobile (iPhone, Android including Motorola) and desktop or even tablet (eg iPad, Lenovo Tab).

Post-game, we may also provide a link to game highlights from time to time. We aren’t responsible for the transmission of any match video content linked to from here. All legal issues must be done by contacting the hosters/owners of said content.

Lyngby BK will be hoping to bounce back here following the 4-0 Superliga defeat last time out to Aalborg BK.

It’s been a rare occasion in recent games that Lyngby BK haven’t conceded. The reality is that De kongeblå have been scored against in 5 of their previous 6 clashes, leaking 10 goals along the way. That sort of pattern isn’t assured to be carried forward into this match, however.

A look at their previous results shows us that Lyngby BK:

Illustrating their penchant for productive encounters, goals have been scored 21 times in the previous 6 matches in which AC Horsens have taken to the field, yielding an average of 3.5 goals for each fixture. Opposing teams have got 12 of these goals.

Coming into this contest, AC Horsens have not won against Lyngby BK in games played away from home for the previous 3 matches in the league.

A glance at their most recent head-to-head meetings dating back to 18/03/2018 tells us that Lyngby BK have won 3 of these games & AC Horsens 1, with the number of drawn matches being 2.

A combined total of 17 goals were shared by the two clubs throughout the course of those matches, with 10 from De kongeblå and 7 being from Den Gule Fare. That’s an average goals per game of 2.83.

The last league clash featuring these clubs was Superliga match day 3 on 18/04/2021 when it finished AC Horsens 1-3 Lyngby BK.

On that occasion, AC Horsens had 47% possession and 8 shots on goal with 2 on target. The scorer was Louka Prip (92').

Thanks to a mainly healthy squad, there’s only a single fitness problem for the AC Horsens boss Jens Askou to be concerned about. Jannik Pohl (Heel Bone Injury) misses out for this game.

We envisage that Lyngby BK have it within them to be able to create a high number of chances and successful shots on target.

In contrast, AC Horsens will not find it easy to score but we do think that it’s more than likely that they will be converting at least once as well.

Our tip is for a pretty comfortable 3-1 win for Lyngby BK at full-time. 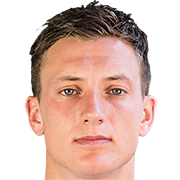 Normally taking up the Centre Midfield position, Mathias Hebo was born in Denmark. After having made a senior debut playing for FC Nordsjælland in the 2014 - 2015 season, the dangerous Midfielder has struck 5 league goals in this Superliga 2020 - 2021 season to date coming from a total of 27 appearances.

We have made these Lyngby BK v AC Horsens predictions for this match preview with the best intentions, but no profits are guaranteed. Please always gamble responsibly, only with money that you can afford to lose. Good luck with your selections.

⚽️ Where can I see the odds for other Superliga games?

You can see all of our next (and previous) Superliga predictions & previews here.