View all Randers v AC Horsens tips, stats and our pre-match poll below - plus the latest match odds.

Randers enter this fixture coming off the back of a 0-0 Superliga drawn game vs AGF Aarhus.

It’s been a rare occasion in recent times where Randers have managed to hold out for a full 90 minutes. The facts show that Randers have seen their defence breached in 5 of their previous 6 matches, leaking 10 goals during that time. It will be interesting to see whether or not that trend will be continued on into this next match.

Leading up to this clash, Randers:

In their previous fixture, AC Horsens drew 0-0 in the Superliga match with Aalborg BK.

In that match, AC Horsens had 38% possession and 11 attempts at goal with 3 on target. Aalborg BK had 23 attempts on goal with 7 of them on target.

For 5 of the past six clashes involving AC Horsens, a comparatively low number of goals have gone in between them and opposing teams. The overall average number of goals per game in that spell works out to a paltry 1.5, with the average goals for Den Gule Fare standing at 1.33.

Their prior results show that AC Horsens:

Inspecting their past head to head clashes going back to 23/09/2019 shows us that Randers have won 4 of these games and AC Horsens 1, with the number of drawn games standing at 1.

15 goals were scored between them in these games, with 10 of them from Hestene and 5 for Den Gule Fare. That is an average goals per game value of 2.5.

The last league clash featuring these clubs was Superliga match day 14 on 02/02/2021 and the score finished Randers 3-0 AC Horsens.

The match was refereed by Sandi Putros.

Almost everyone can be considered, as there’s just the lone fitness concern for the Randers gaffer Thomas Thomasberg to be concerned about thanks to an almost full-strength group of players. Mikkel Kallesöe (Shoulder fracture) is out of contention.

With a completely healthy group available for selection, the AC Horsens manager Jens Berthel Askou doesn’t have any fitness worries to speak of before this clash.

We’re of the opinion that Randers certainly have the ability to fashion enough chances to find the net more than once while possibly not conceding against AC Horsens, who might well find it a difficult task to get a goal of their own.

We’re therefore anticipating a comfortable 2-0 victory for Randers when the full-time whistle blows. 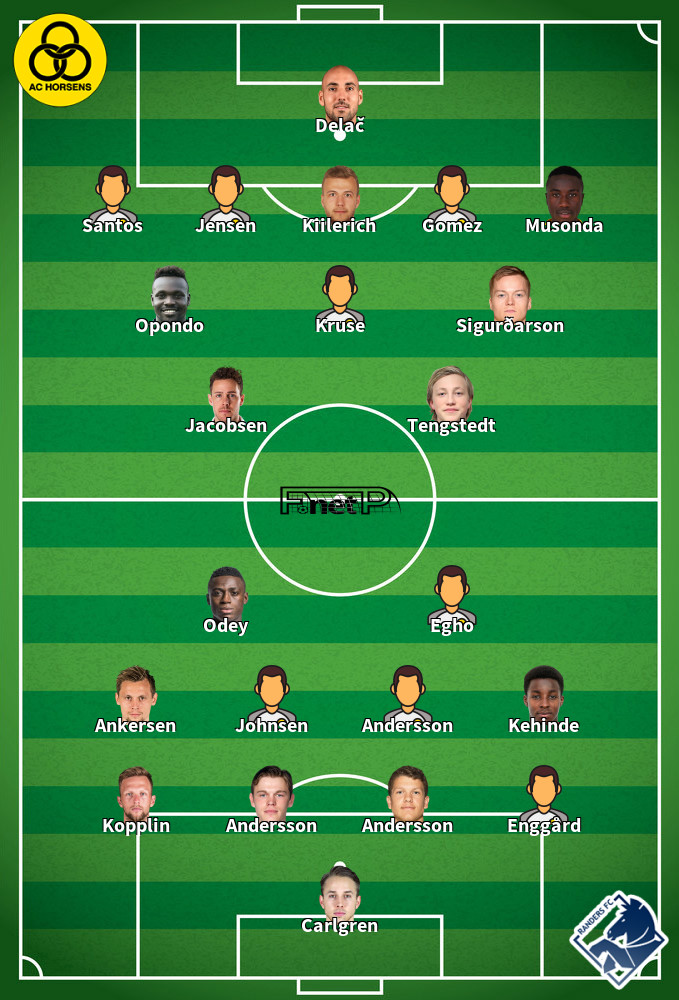 While we have made these predictions for Randers v AC Horsens for this match preview with the best of intentions, no profits are guaranteed. Always gamble responsibly, and with what you can afford to lose. Good luck with your selections.