Our AC Milan v Atlético Madrid predictions, statistics and match poll can be seen below - as well as up-to-date odds.

AC Milan are hoping to win again following a 1-2 Serie A triumph against Spezia.

In that match, AC Milan managed 63% possession and 18 attempts at goal with 5 of them on target. For AC Milan, the scorers were Daniel Maldini (48') and Brahim Díaz (86'). Spezia got 8 shots at goal with 2 on target. Daniele Verde (80') was the scorer for Spezia.

AC Milan haven’t been able to stop scoring goals, netting in one hundred percent of their last 6 matches.

They have managed to rack up 13 during that time while also conceding a total of 6.

Following on from suffering a loss in their previous game against Alaves in La Liga action, Atlético Madrid will be hoping to turn things around here.

In that match, Atlético Madrid had 71% possession and 13 attempts at goal with 1 on target. On the other side, Alaves got 7 attempts on goal with 1 of them on target. Laguardia (4') scored for Alaves.

In the course of their six latest matches, Diego Simeone's Atlético Madrid have slotted home a total of 6 times, earning them a goals per game average of 1.

With a completely injury-free squad to choose from, the Atlético Madrid manager Diego Simeone has no fitness worries at all ahead of this match.

It’s looking like Atlético Madrid and AC Milan could both well score here although it’s hard to see a clear-cut winner.

A draw is a real possibility, as we are expecting there to be little between them. We’re therefore tipping a 1-1 scoreline at the end of the 90 minutes. 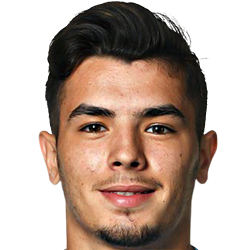 Customarily taking to the field in the Central Attacking Midfielder position, Brahim Díaz was born in Málaga, Spain. Having made his senior debut playing for Manchester City in the 2017 - 2018 season, the gifted Midfielder has hit 3 league goals in this Serie A 2021 - 2022 season so far coming from a total of 5 appearances.

We have made these AC Milan v Atlético Madrid predictions for this match preview with the best intentions, but no profits are guaranteed. Please always gamble responsibly, only with money that you can afford to lose. Good luck!