Scroll down for all of our predictions, poll and stats for the Porto v AC Milan game - along with the latest match odds.

Porto will be looking for a repeat result of the 2-1 Primeira Liga triumph vs Paços de Ferreira.

Over their prior six fixtures, Sérgio Conceição's Porto have scored 11 times which gives them an average number of goals per match of 1.83.

AC Milan will come into the encounter following on from a 3-2 Serie A win to beat Hellas Verona in their last outing.

Illustrating their appetite for productive matches, we’ve had goals 20 times in the last six games in which AC Milan have played, giving an average of 3.33 goals each fixture. Opposition teams have got 8 from this total.

It’s a low absenteeism rate, with just a single fitness concern for the Porto gaffer Sérgio Conceição to be concerned about thanks to an almost full-strength group. Mbemba (Unknown Injury) is out of contention.

We’re of the opinion that AC Milan and Porto could both find goals hard to come by here.

We’ll see, but this could easily end up all-square. We’re therefore seeing a tight encounter, finishing with a 0-0 score at the end of the match. 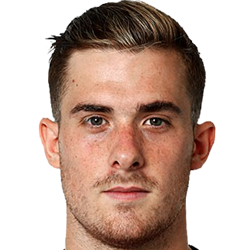 Regularly deployed in the Striker position, Toni Martínez was born in Barrio del Progreso, Spain. After making a first senior appearance for Oxford United in the 2016 - 2017 season, the dangerous Forward has managed to score 3 league goals in the Liga Portugal 2021 - 2022 season so far from a total of 7 appearances.

While we have made these predictions for Porto v AC Milan for this match preview with the best of intentions, no profits are guaranteed. Always gamble responsibly, and with what you can afford to lose. Good luck!