FC Inter Turku come up against visiting club AC Oulu at Veritas Stadion in this Veikkausliiga clash on Wednesday.

Our tips, poll and stats for FC Inter Turku v AC Oulu can all be found here including the latest game odds.

FC Inter Turku head into this fixture following on from a 2-2 Veikkausliiga drawn result against SJK.

It has been a rare occasion in recent times that FC Inter Turku have kept a clean sheet. In fact, FC Inter Turku have seen their defence breached in 5 of their previous 6 matches, shipping 9 goals along the way. Nonetheless, we’ll just have to find out if that trend will be replicated in this next game.

Going into this contest, FC Inter Turku are winless against AC Oulu in their previous 3 matches in the league.

In their previous fixture, AC Oulu drew 0-0 in the Veikkausliiga tie with FC Lahti.

For 5 of the prior 6 games featuring AC Oulu, a comparatively low number of goals have been scored between them and opposing teams. The overall average number of goals per game within that period comes to just 1.67, with the number of goals averaged by Oulu equalling 1.

Going into this encounter, AC Oulu haven’t won away from home in the past 2 league matches.

The last league fixture featuring these clubs was Veikkausliiga match day 19 on 14/08/2021 which finished with the scoreline of AC Oulu 2-0 FC Inter Turku.

The referee was Dennis Antamo.

The FC Inter Turku manager Jose Riveiro does not have any fitness worries to speak of coming into this clash thanks to a completely injury-free squad available for selection.

Owing to a fully injury-free squad available to select from, the AC Oulu boss Jyrki Ahola doesn’t have any fitness worries at all before this clash.

We’re thinking that FC Inter Turku have it within them to be able to score a couple when they line up against AC Oulu, who could well struggle to score. 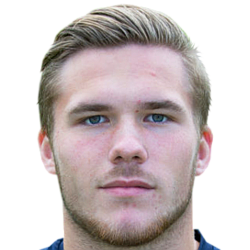 Regularly deployed in the Right Wing position, Benjamin Källman was born in Tammisaari, Finland. After having made a senior debut playing for FC Inter Turku in the 2016 season, the skilful Forward has contributed 9 league goals in this Veikkausliiga 2021 campaign to date in 20 appearances.

While we have made these predictions for FC Inter Turku v AC Oulu for this match preview with the best of intentions, no profits are guaranteed. Always gamble responsibly, and with what you can afford to lose.