Return to this page a few days before the scheduled game when this expired prediction will be updated with our full preview and tips for the next match between these teams.
Full-Time Result Prediction
👉
FC Lahti to Win

For all of our match predictions, pre-game poll and statistics for FC Lahti v AC Oulu, scroll down - as well as up-to-date odds.

FC Lahti will be hoping to bounce back here after the 1-0 Veikkausliiga defeat last time out to Ilves.

It has not been often in recent games that FC Lahti haven’t conceded. In fact, FC Lahti have failed to prevent opponents from scoring in 5 of their previous 6 clashes, leaking 7 goals on the way. We will have to find out if that trend can be sustained into this next match.

Since a loss in their previous game against Helsinki IFK in Veikkausliiga action, AC Oulu and their travelling fans will hope for a better result here.

For 5 of the previous 6 games featuring AC Oulu, a comparatively low number of goals have been scored between them and their opponents. The overall average number of goals per game in that period is just 1.83, with the average goals for Oulu standing at 1.

The last league meeting featuring these sides was Veikkausliiga match day 21 on 28/08/2021 when it ended AC Oulu 1-1 FC Lahti.

The FC Lahti manager Ilir Zeneli will be happy not to have any fitness worries at all before this clash thanks to a completely injury-free group ready to go.

In an otherwise healthy squad, there is only the one fitness issue for the AC Oulu boss Jyrki Ahola to be concerned about. Dennis Salanovic (Hamstring Injury) misses out for this game.

We’re of the view that FC Lahti will most probably convert a lot of goal-scoring opportunities.

At the same time, AC Oulu will not find it easy getting on the scoresheet but we do fancy them getting enough chances to score, too.

Our tip is for a comfortable 3-1 winning margin for FC Lahti at the end of the match. 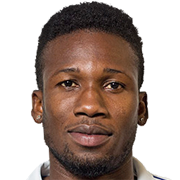 Regularly used in the Striker position, Macoumba Kandji was born in Kaolack, Senegal. After having played his first senior match for New York Red Bulls in the 2008 season, the talented Forward has hit 4 league goals in this Veikkausliiga 2021 campaign so far coming from a total of 18 appearances.

We have made these FC Lahti v AC Oulu predictions for this match preview with the best intentions, but no profits are guaranteed. Please always gamble responsibly, only with money that you can afford to lose. We wish you the best of luck.