The Veikkausliiga game at Raatti Stadium on Saturday will see home side AC Oulu playing against HJK.

Scroll down to see all of the predictions, poll and statistics for AC Oulu v HJK (plus the best game odds).

AC Oulu will be looking to improve on their last outing here after a 1-0 Veikkausliiga loss in their previous game against FC Honka.

Fewer than three goals per match were seen in 5 of the past 6 meetings where AC Oulu have been participants. Breaking down the goal distribution from this period, opposing sides scored a total of 9 and Oulu totted up 4.

Heading into this contest, AC Oulu haven’t won at home in the past 9 matches in the league. Something needs to change.

HJK come into this meeting following on from a 0-4 UCL Qualifiers win with the eclipse of Budućnost in their previous game.

A series of outstanding showings from the HJK defence has resulted in their ‘goals against’ tally amounting to 2 from their past 6 fixtures in total. Over that same time, the number of goals that they have scored themselves amounts to 13. That sort of trend might not follow through here, however.

Going into this contest, HJK are undefeated in their previous 10 away league matches. Impressive, to say the least.

The last league encounter between the two was Veikkausliiga match day 9 on 28/05/2021 when the final score was HJK 3-1 AC Oulu.

The referee was Joni Hyytia.

AC Oulu boss Jyrki Ahola does not have any fitness worries whatsoever coming into this game owing to a fully injury-free group available to select from.

With a fully injury-free group to choose from, HJK boss Toni Koskela has zero fitness concerns at all coming into this match.

For this match, we think that HJK have the ability to have the majority of the possession and should turn some of their chances into goals.

In contrast, AC Oulu will not find it easy to get goals of their own although we think that they will probably end up hitting back at some stage, too.

We reckon that it will be a pretty comfortable 1-3 winning margin for HJK at the end of the match. 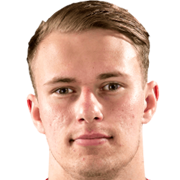 Usually used in the Striker position, Niklas Jokelainen was born in Finland. After making a first senior appearance for Ilves in the 2018 season, the talented Forward has contributed 2 league goals in the Veikkausliiga 2021 season to date from a total of 11 appearances.

While we have made these predictions for AC Oulu v HJK for this match preview with the best of intentions, no profits are guaranteed. Always gamble responsibly, and with what you can afford to lose. Best of luck with your selections.