The Veikkausliiga game at OmaSP Stadion on Sunday sees hosts SJK up against AC Oulu.

To see all of our predictions, user poll & stats for SJK v AC Oulu, scroll down (plus the best game odds).

SJK won’t want a repeat of their last result here following the 5-2 Conference League Qualifiers defeat in their last game at the hands of Lillestrøm SK.

It’s been a rare occasion in recent times where SJK have shown defensive steel. The reality is that SJK have seen their defence breached in 6 of their previous 6 matches, leaking 14 goals in the process.

Coming into this meeting, SJK are undefeated in their last 5 league matches at home.

AC Oulu go into this match following on from a 3-1 Veikkausliiga win with the defeat of IFK Mariehamn in their previous match.

During their 6 previous matches, Ricardo Duarte's AC Oulu have had reason to celebrate scoring 8 times therefore earning them a goals per game average of 1.33.

The previous league meeting featuring the two was Veikkausliiga match day 9 on 28/05/2022 which finished with the scoreline of AC Oulu 1-0 SJK.

The match was refereed by Oliver Reitala.

The SJK manager Joaquín Gómez doesn’t have any fitness worries at all ahead of this match with a completely healthy squad to choose from.

Due to a mostly healthy group, there is just the lone fitness issue for the AC Oulu gaffer Ricardo Duarte to contend with. Jere Kallinen (Knee Injury) misses out for this game.

Our feeling is that AC Oulu are certainly able to get a goal against this SJK lineup, although that probably won’t be enough to prevent defeat.

We’re tipping a 2-1 advantage for SJK at the end of the match. Let’s just see how this one goes. 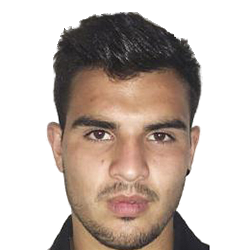 Mostly taking to the field in the Striker position, Josepablo Monreal was born in Santiago, Chile. Having played his first senior match for SJK in the 2022 season, the gifted Forward has managed to score 3 league goals in the Veikkausliiga 2022 season so far in a total of 13 appearances.

While we have made these predictions for SJK v AC Oulu for this match preview with the best of intentions, no profits are guaranteed. Always gamble responsibly, and with what you can afford to lose. Good luck!