Bristol Rovers come up against visiting side Accrington Stanley at Memorial Stadium in this League One tie on Saturday.

For all of our match predictions, pre-game poll and statistics for Bristol Rovers v Accrington Stanley, scroll down - plus the latest betting odds.

Bristol Rovers will be hoping to bounce back here after a 3-6 League One defeat last time out to Lincoln City.

Fixtures involving Bristol Rovers have often been absorbing encounters recently with a lot of goalmouth action anticipated. Over their past 6 clashes alone, the sum of 23 goals have been recorded for both sides combined (at an average of 3.83 goals per game) with 8 of those being chalked up by Bristol Rovers.

Coming into this contest, Bristol Rovers are without a win at home for the past 3 matches in the league.

In their last game, Accrington Stanley drew 0-0 in the EFL Trophy tie with Salford City.

After a tense 2-4 penalty shootout, Salford City were victorious.

John Coleman's Accrington Stanley have fired home a total of 5 times throughout their most recent six matches. The number of goals that have been scored against them during those same clashes equals 8.

Heading into this contest, Accrington Stanley have not registered a win against Bristol Rovers in games played away from home for the previous 2 matches in the league.

Looking over their past head-to-head clashes stretching back to 30/01/2016 shows that Bristol Rovers have won 1 of these and Accrington Stanley 3, with the number of drawn results standing at 2.

There were also plenty of goals scored in those games, 22 in total which averages out at 3.67 goals per meeting.

The previous league game between these sides was League One match day 35 on 09/03/2021 which finished with the scoreline of Bristol Rovers 4-1 Accrington Stanley.

There aren’t many selection issues, with just a single fitness concern for the Bristol Rovers manager Joey Barton to be concerned about due to a largely intact group. Nick Anderton (cancer) is sidelined.

With a completely healthy squad to pick from, the Accrington Stanley manager John Coleman has zero fitness concerns to speak of before this game.

When taking all factors into account, Accrington Stanley and Bristol Rovers may well both score, with little between these two teams.

A close call, and we think a draw is quite likely. That’s why we have predicted a tight encounter with a 1-1 score draw at the end of the match. 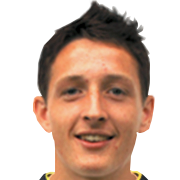 Customarily used in the Striker position, Ryan Loft was born in Gravesend, England. After having played his first senior match for Stevenage in the 2016 - 2017 season, the talented Forward has netted 3 league goals in the League One 2022 - 2023 campaign so far from a total of 8 appearances.

While we have made these predictions for Bristol Rovers v Accrington Stanley for this match preview with the best of intentions, no profits are guaranteed. Always gamble responsibly, and with what you can afford to lose. Best of luck with your selections.