The League One clash at Jonny-Rocks Stadium on Saturday will see home side Cheltenham Town ready themselves for the challenge from opponents Accrington Stanley.

Scroll down for all of our predictions, poll and stats for the Cheltenham Town v Accrington Stanley game (including the best match odds).

Cheltenham Town will play in this game coming off the back of a 2-2 EFL Trophy drawn match versus Exeter City.

Cheltenham Town have been quite ineffective in attack in recent times. Their ‘goals for’ figure stands at just 4 vs opposition teams during the course of their previous six fixtures. In those meetings, Cheltenham Town have also seen the number of goals scored against them come to 15. We will just have to find out whether or not that trend will be continued on here.

Accrington Stanley head into the meeting after a 5-0 EFL Trophy win to defeat Leicester City U23s in their last match.

Looking at their prior head to head clashes dating back to 16/08/2014 shows that Cheltenham Town have won 2 of these and Accrington Stanley 1, with the tally of drawn results being 3.

A total of 14 goals were scored between them in this period, with 8 from The Robins and 6 netted by Stanley. That’s an average goals per game figure of 2.33.

The previous league match featuring these sides was League Two match day 28 on 13/01/2018 when the final score was Cheltenham Town 0-2 Accrington Stanley.

The match was refereed by Kevin Johnson.

The Cheltenham Town manager Michael Duff has a full complement, with no fitness worries to speak of before this game owing to a completely healthy squad available for selection.

From a largely available squad, there is only the one fitness problem for the Accrington Stanley gaffer John Coleman to be concerned about. Yeboah Amankwah (Knee Injury) won’t be playing here.

We’re thinking that Accrington Stanley and Cheltenham Town may well end up cancelling each other out here.

Little in this one, and it’s almost too close to call. With that in mind, we reckon that it will be a very close game with a 1-1 score when all is said and done. 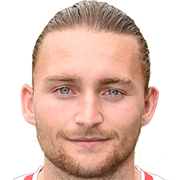 Typically taking up the Striker position, Alfie May was born in England. Having made a first senior appearance for Doncaster Rovers in the 2016 - 2017 season, the gifted Forward has hit 2 league goals in this League One 2021 - 2022 campaign so far in a total of 11 appearances.

We have made these Cheltenham Town v Accrington Stanley predictions for this match preview with the best intentions, but no profits are guaranteed. Please always gamble responsibly, only with money that you can afford to lose. Good luck!