Return to this page a few days before the scheduled game when this expired prediction will be updated with our full preview and tips for the next match between these teams.
Full-Time Result Prediction
👉
Accrington Stanley to Win

Gillingham will be the visitors at Wham Stadium on Saturday for the League One clash with home side Accrington Stanley.

To see all of our predictions, user poll & stats for Accrington Stanley v Gillingham, scroll down - plus the latest match odds.

Accrington Stanley will be hoping for a better result following the 4-0 EFL Trophy defeat last time out to Lincoln City.

Matches involving Accrington Stanley have usually been absorbing ones lately with a lot of goalmouth action being the norm. Over their past half dozen clashes alone, a grand total of 20 goals have gone in for both teams combined (at an average of 3.33 goals per game) with 10 of them being chalked up by Stanley.

After a losing effort in their last game against Burton Albion in League One competition, Gillingham will be aiming to make amends here.

The numbers tell their own story, and Gillingham have been scored against in 6 of their last 6 matches, seeing their opponents hit 10 goals in all. At the back, The Gills could really do with shoring things up. That sort of trend won’t necessarily follow through here, of course.

Checking on their most recent head-to-head meetings going back to 24/11/2012 shows us that Accrington Stanley have won 1 of them & Gillingham 3, with the number of drawn results being 2.

An aggregate of 8 goals were scored between the two sides in this period, with 3 for Stanley and 5 belonging to The Gills. The average number of goals per game works out to 1.33.

The last league game between these clubs was League One match day 18 on 15/12/2020 when the final score was Gillingham 0-2 Accrington Stanley.

The referee was Michael Webb.

Accrington Stanley boss John Coleman will be grateful not to have any fitness concerns at all ahead of this game thanks to a fully injury-free group available to select from.

Due to a fully healthy group ready to go, Gillingham manager Steve Evans has zero fitness worries whatsoever coming into this match.

Looking at these two teams, we feel that Accrington Stanley should really be able to score a couple against Gillingham, who could well find it tough scoring.

Therefore, we are anticipating a 2-0 victory for Accrington Stanley at the end of this one. 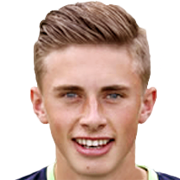 Mostly used in the Centre Midfield position, Joe Pritchard was born in Watford, England. After having played his first senior match for Bolton Wanderers in the 2018 - 2019 season, the talented Midfielder has hit 4 league goals in the League One 2020 - 2021 campaign to date in 17 appearances.

While we have made these predictions for Accrington Stanley v Gillingham for this match preview with the best of intentions, no profits are guaranteed. Always gamble responsibly, and with what you can afford to lose. Good luck if you do place a bet today.