Accrington Stanley will host visiting club Plymouth Argyle at Wham Stadium in this League One clash on Saturday.

Full predictions, pre-match stats and user poll for Accrington Stanley v Plymouth Argyle are shown on this page - plus the latest match odds.

Accrington Stanley will be looking for another win after a 1-0 League One victory over Fleetwood Town.

The only player to score from Accrington Stanley was Dion Charles (73').

It’s been seldom in recent games where Accrington Stanley have managed to hold out for a full 90 minutes. The facts show that Stanley have been scored against in 5 of their previous 6 games, giving up 9 goals during that time.

Going into this contest, Accrington Stanley haven't lost in the league to Plymouth Argyle in their last 3 games.

Plymouth Argyle will go into this game following on from a 2-1 League One win in the defeat of Doncaster Rovers in their previous match.

For Plymouth Argyle, goals were scored by Luke Jephcott (34') and Joe Edwards (68'). Fejiri Okenabirhie (73') was the scorer for Doncaster Rovers.

Looking at their form, and Plymouth Argyle have been scored against in 5 of their last 6 matches, letting opponents get 7 goals overall. In defence, The Pilgrims just haven’t been too solid at all. That trend won’t necessarily be sustained into this game, of course.

Ahead of this meeting, Plymouth Argyle are without a win away from home in their last 6 league games.

Looking over their prior head-to-head clashes stretching back to 17/10/2015 shows that Accrington Stanley have won 4 of them and Plymouth Argyle 2, with the tally of drawn games being 0.

A combined total of 15 goals were shared by the two clubs throughout the course of those matches, with 11 from Stanley and 4 created by The Pilgrims. The average number of goals per game works out to 2.5.

The previous league contest featuring these clubs was League One match day 45 on 27/04/2019 which finished with the scoreline of Accrington Stanley 5-1 Plymouth Argyle.

Accrington Stanley manager John Coleman has a full complement, with no fitness concerns to speak of before this game with a fully healthy squad available for selection.

Owing to a completely injury-free group available to select from, Plymouth Argyle boss Ryan Lowe does not have any fitness worries at all coming into this clash.

Plymouth Argyle and Accrington Stanley could both end up scoring in what appears to be a good match-up, with little separating these two teams.

A draw looks like a realistic possibility, but we’ll see what happens. We’re therefore expecting a hard-fought 1-1 score at the end of the 90 minutes. 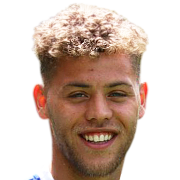 Regularly taking up the Left Attacking Midfielder position, Dion Charles was born in Preston, England. After making a first senior appearance for Halifax in the 2017 - 2018 season, the goalscoring Midfielder has managed to score 2 league goals in the League One 2020 - 2021 season to date from a total of 4 appearances.

While we have made these predictions for Accrington Stanley v Plymouth Argyle for this match preview with the best of intentions, no profits are guaranteed. Always gamble responsibly, and with what you can afford to lose. Best of luck.