Sunderland journey to Wham Stadium on Saturday for the League One fixture with hosts Accrington Stanley.

All Accrington Stanley v Sunderland match predictions, user poll and stats are shown below - plus the latest betting odds.

Accrington Stanley head into this match coming off the back of a 1-1 League One stalemate versus MK Dons.

The only player to score from Accrington Stanley was Colby Bishop (9'). Mo Eisa (25') scored for MK Dons.

Their most recent results show that there has been much resilience in the Accrington Stanley backline. Accrington Stanley have been miserly, resulting in the total number of goals that have gone in at their end during their previous six matches standing at 4. That pattern won’t necessarily be carried forward into this game, though.

Going into this one, Accrington Stanley are unbeaten in their previous 3 league matches at home.

Following on from tasting defeat last time out to Lincoln City in League One action, Sunderland and their travelling fans will hope for a better result here.

In their last half-dozen outings, Sunderland have amassed the sum of 14 goals. Sunderland have additionally got on the scoresheet on each one of those occasions. During those fixtures, their defenders have had 12 goals go against them.

Going into this encounter, Sunderland are undefeated in their previous 5 league matches away from home.

An examination of their past head to head meetings stretching back to 03/04/2019 reveals that these fixtures have not been fruitful for Accrington Stanley. They have not managed to get themselves any wins whatsoever whereas Sunderland have been the better of the two, beating them in 83 per cent of those match-ups.

The Accrington Stanley boss John Coleman will be thankful to have no fitness worries at all ahead of this game owing to a completely healthy group to choose from.

Our assessment here is that Accrington Stanley may not find it easy to score against this Sunderland side who we think should get the win and a maybe even keep a clean sheet as well.

We therefore fancy a very even match with a 0-1 winning score for Sunderland at full-time. 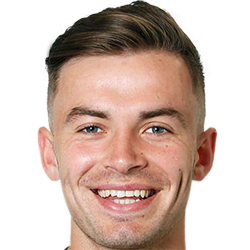 Regularly played in the Centre Midfield position, Matt Butcher was born in Portsmouth, England. After having made a senior debut playing for Woking in the 2015 - 2016 season, the dangerous Midfielder has scored a sum of 4 league goals in the League One 2021 - 2022 season to date coming from a total of 18 appearances.

We have made these Accrington Stanley v Sunderland predictions for this match preview with the best intentions, but no profits are guaranteed. Please always gamble responsibly, only with money that you can afford to lose. Best of luck with your selections.